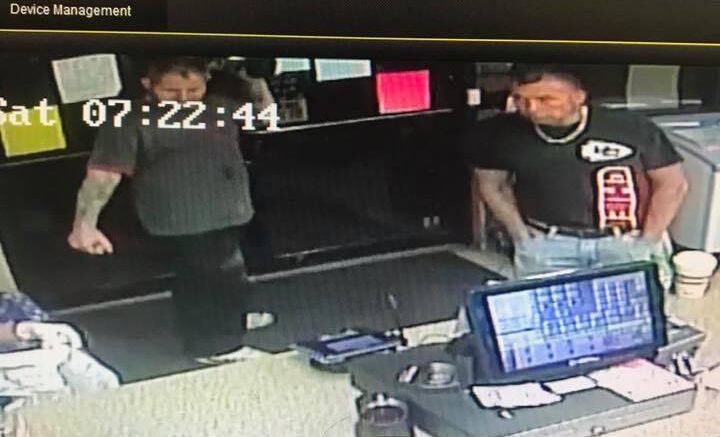 Despite a nearly four hour search, which included a drone and an Oklahoma Highway Patrol aircraft, the Logan County Sheriff’s Office continues be on the look out for two men in northern Logan County.

Just after 8 a.m. on Saturday, two men were found believed to be stealing copper in the area of State Highway 51 and Kelly.

The witness was able to follow the subject’s vehicle, a dark colored Ford SUV, until their SUV became stuck in the mud. The two individuals left the vehicle and ran on foot.

The vehicle was taken into police custody.

Deputies, Logan County Task Force members and troopers with OHP setup a perimeter and searched the area. However, the search came up empty and was called off around 11 a.m.

Deputies were able to capture pictures of the two subjects at a nearby convenience store. If you recognize them, please contact the Sheriff’s Office at 405-282-4100.