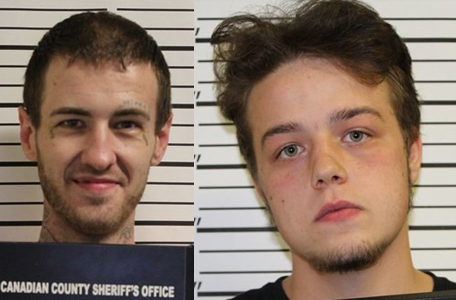 The Logan County Sheriff’s Office took two men into custody Friday morning in the connection of a stolen vehicle at a county convenience store. The two were found with another stolen vehicle.

On early Monday, two men were caught on camera stealing another man’s pickup truck outside OnCue on Waterloo Road.

After shopping in the store, the suspects circled the building in a red pickup truck, before stealing a white Ford F-350, which was left running when stolen.

Inside the vehicle was $2,000 worth of tools and the victim’s phone.

The truck was located just a few days later.

The two, and possibly one other person, were found in a stolen vehicle out of Drumright, Okla. in the Whispering Oaks housing addition.

They were taken into custody without any incident and escorted to the Logan County Jail.