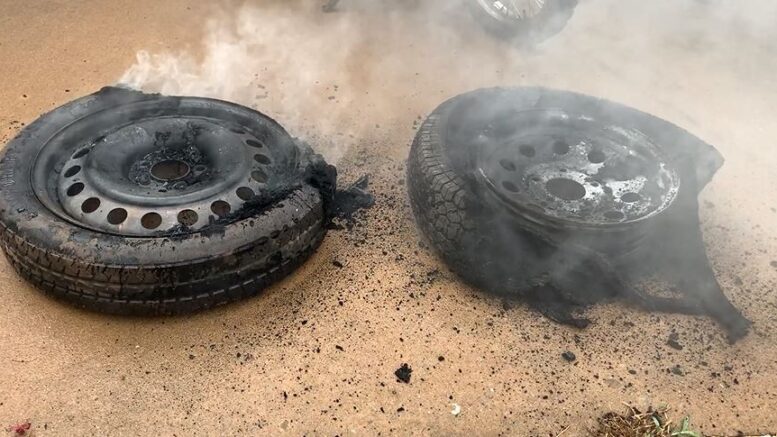 Firefighters responded quickly to a detached garage fire on Guthrie’s east side Wednesday afternoon. With the quick response by the Guthrie Fire Department, they were able to save several items inside.

The department responded to the fire in the 300 block of E. Washington around 4:30 p.m. after a neighbor saw smoke coming from the garage.

Black smoke was seen pouring out of the tin metal building as firefighters entered inside. Within seconds of entering the structure fire crews were able to extinguish the flames.

Firefighters pulled out three tires that caught fire and was putting off the heavy smoke.

Fire Chief Eric Harlow says the fire was started by an electrical cord connected to an air compressor.

Among the items saved inside was a blue Dodge truck.

Chris Evans and Phil Nichols give their predictions for the top 10 games of Week 2 of the high school football season. — This episode is sponsored by · Anchor: The easiest way to make a podcast. https://anchor.fm/app Support this podcast: https://anchor.fm/guthrienewspage/support

Be the first to comment on "Video: Fire crew saves several items in garage fire"