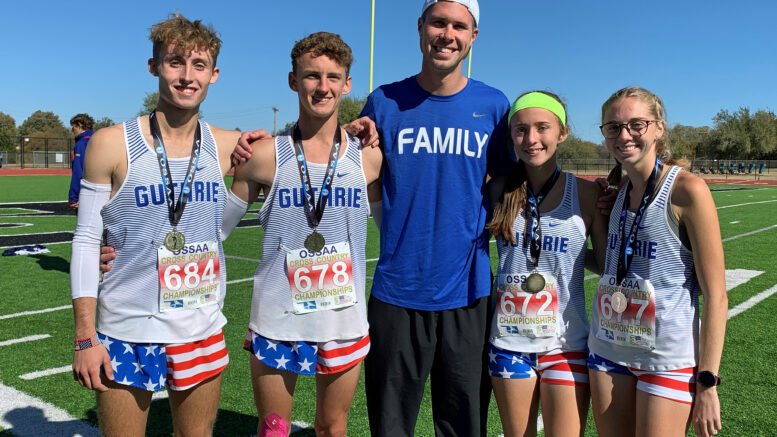 The Bluejays finished the team standings in fourth place and the Lady Jays finished fifth overall with 123 points. The girls fell 11 points short of making the podium for a second straight year.

Last year’s 5A returning state runner up, Mercy Dement, came in fourth place with a time 19:42, which marks 18 seconds faster than what she ran last year.

Dement, a senior, ran in the state meet all four seasons and came away with a top eight finish in the last three years.

Joining Dement with the all-state honor was fellow senior Tori Wells, who ran a great race, finished in ninth place with a personal best time of 20:21.

This is the third straight year for Wells to make the all-state podium. Wells previously finished 14th (all-state honorable mention) in 2017 and 2016.

For the Bluejays, it was senior Trevor Sallee who led the way with a third place finish in a time of 16 minutes and 29 seconds.

It is the first time since 2011 that a Bluejay runner had finished in the top three. Sallee finishes his career by running in all four state meets and finishing at least in the top 18 all four years.

A few seconds behind Sallee was Mason Barney, who really came on strong in the last month of the season. The junior ran a personal best of 16:58 to finish 14th out of 112 runners.

The Bluejays finished their season with three team titles and three runner ups.

Next, will be the Meet of Champions on November 9 in Midwest City.

Be the first to comment on "Video: Guthrie lands three all-state runners at CC State meet"