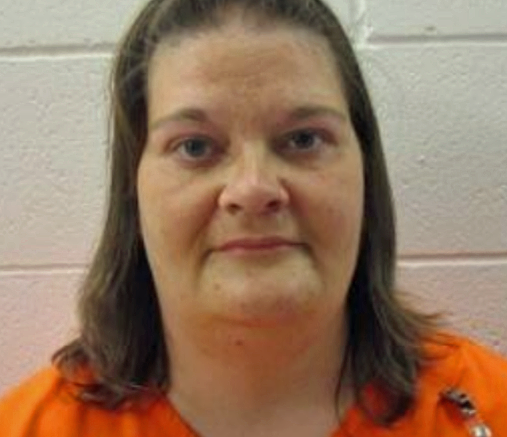 Patrick Charles Dwyer and Jolena Dwyer pleaded guilty in 2002 to charges they beat a 5-year- old girl. Now 17 years later, Jolena Dwyer is hoping to have her punishment terminated early.

District Attorney Laura Austin Thomas appeared today before the Pardon and Parole Board to object to the commutation request of Jolena Dwyer.  Dwyer was sentenced to a term of 40 years, after pleading guilty to abusing and neglecting her six year old daughter.

The punishment required Dwyer, who is serving time in the Mabel Bassett Correctional Center in McLoud, to serve 85 percent, or 34 years.

The child was taken into the state’s custody when Dwyer, now 42-years-old, lost her parental rights and the birth father relinquished his rights voluntarily.

At the time, Logan County District Attorney Rob Hudson said the girl weighed about 27 pounds, providing evidence that the couple intentionally withheld food and water from her. He said authorities think the abuse had been ongoing for several years.

The child was found by police at the apartment at 1809 E College and found the girl unconscious. Jolena Dwyer admitted to police that bloodstains on the child’s bedroom wall were from blows she dealt to the child’s face.

“The young woman continues to suffer as a result of the long term abuse perpetrated by her mother, ” Austin Thomas said. “She has the mentality of a 5 year old and cannot distinguish the past from the present leaving her always afraid. She requires 24/7 care and her brain injuries continue to worsen.”

“We won’t let this victim’s voice be silenced. We feel  strongly that Jolena Dwyer should be required to serve the punishment she bargained for and deserved,” Austin Thomas said.