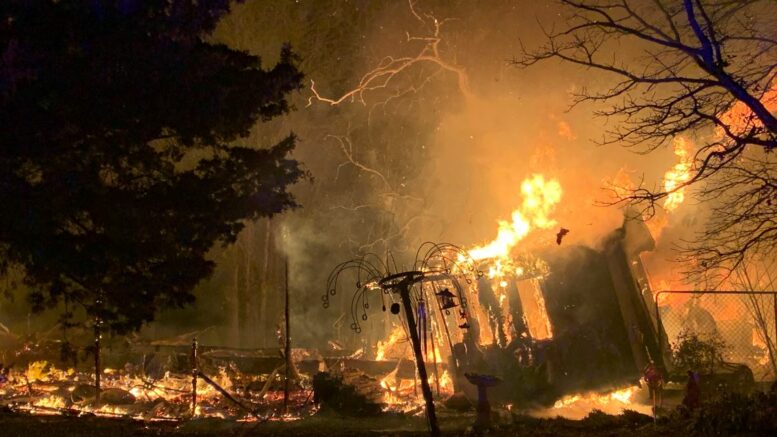 One person died early Monday morning inside one of two trailer home fires just outside of the Guthrie city limits.

Guthrie News Page was first on the scene as fire crews responded to the 2000 block of Reihs Dr., which is south of the intersection of Academy Road and University Ave., just after 1:30 a.m.

Smoke and flames could be seen miles away and as Guthrie firefighters arrived to the scene, two nearby homes were fully engulfed by flames. Firefighters were forced to take a defensive stand on the fires.

After the flames were extinguished, firefighters found a body. That person’s identity was not released at the scene.

The State Fire Marshal was called to the scene to investigate. The cause of the fire remains under investigation.

Several tankers from nearby fire departments were needed to help assist with no fire hydrants in the area.

4 Comments on "Video: Person found dead inside one of two trailer home fires"