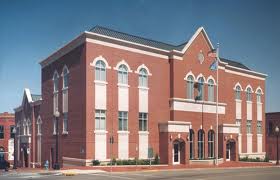 The primary purpose of the Guthrie Convention and Visitor Bureau is to promote general interest in and for the City of Guthrie along with improving conditions for businesses and increasing visitors and tourism as a meeting place, athletic venue and overnight visitor destination.

The motion passed 7-0 by the council.

Next, Mayor Steve Gentling nominated current chairman of the CVB board Kailyn Swonger, who is self-employed and heavily involved with local organizations, for an at-large position with the term ending Sept. 30, 2022.

For the final nomination, Gentling nominated Joshua Stratton, who is in marketing and brand development, to fill an unexpired at-large position ending Sept. 30, 2021.

During discussion, Taylor asked Gentling, “who all did you interview?”

Gentling responded, “I interviewed all of them. All five.”

Moments later, Jill Ochs-Tontz, who was in the audience, said she wanted to clarify to the council that she was not interviewed.

1 Comment on "Watch: Council appoints three members to the CVB board"