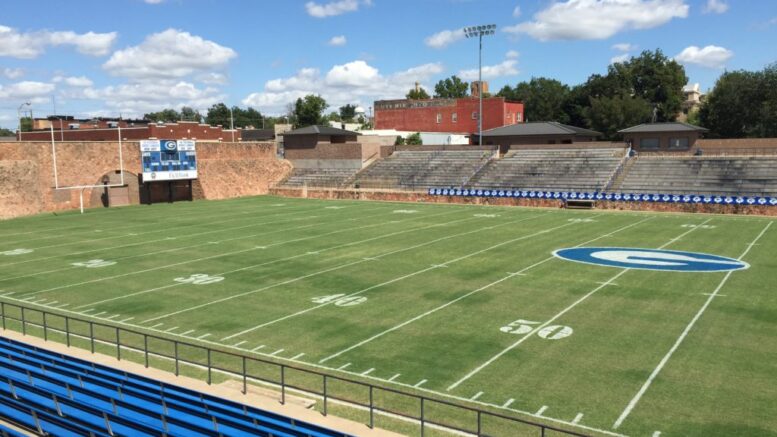 The Guthrie Bluejays host the Guymon Tigers on a Thursday night Fall Break inside Jelsma Stadium.

The Jays enter the contest with a perfect 4-0 record after a 38-21 win over Woodward on Saturday. Meanwhile, Guymon is searching for the first win of the year (0-5).

The Tigers will be led by Asst. Coach Josh Smith after the Guymon school district released head coach Billy Wooten from his coaching duties and responsibilities on Monday.

The Jays and Tigers will kickoff at 7 p.m.

Be the first to comment on "Watch: Guthrie Football host Guymon"