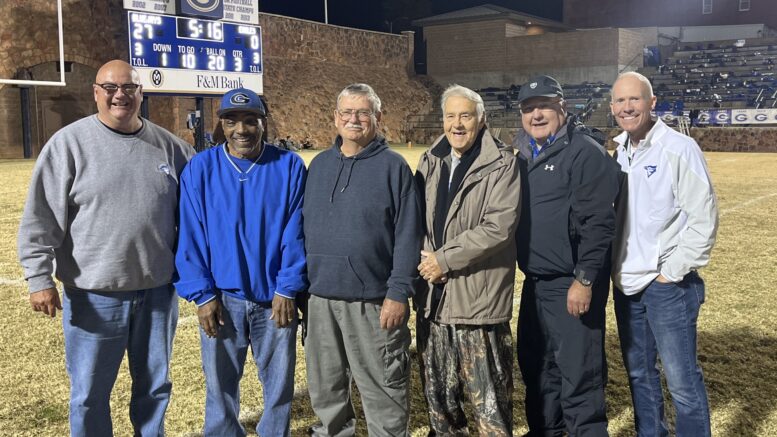 Four long-time coaches in the Guthrie school district were recognized Friday night during halftime of the football game for their nearly combined 200 years in education.

Bennett was with the school district for 33 years from 1976 thru 2009. He was a staple at the junior high coaching football and basketball.

Martin served 43 years, and an additional four years, for the district.

Walters taught and coached for 41 years, plus six additional years.

Stone has been with the district for the past 25 years and 15 years prior to his stay in Guthrie. He will be retiring at the end of the year.

The hometown crowd stood showed their appreciation and gave the men a standing ovation.

Be the first to comment on "Watch: Guthrie honors long-time, legendary coaches"