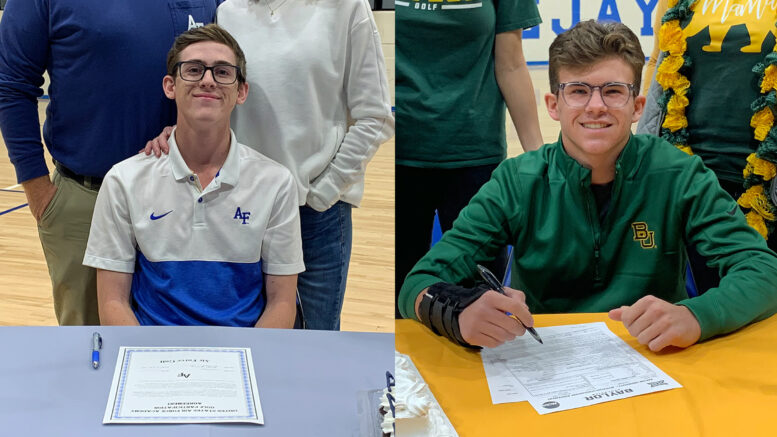 Bo Robbins and Luke Morgan have achieved several accolades on the golf course, including back-to-back state championships for Guthrie High School. The duo teamed up once again on Wednesday and signed their letter of intent to play Division I golf.

“This is a huge day for Guthrie High School,” boys head coach Ric Meshew said. “This is the first time ever we’ve had two Division I golfers sign at the same time.”

Robbins finished fourth overall in the 2018 state tournament, including the lowest score of the day in the final 18 holes, a two-time all-conference player, 2018 Suburban Conference champion and qualified for the state amateur.

This past summer, Morgan qualified and played in the U.S. Junior Amateur.

Baylor head coach Mike McGraw says Morgan is the first player from Oklahoma he has brought to Waco.

“Luke is the first player I have signed from Oklahoma, my long-time home, so that is special to me. He is also a very gifted athlete, which I think is a great benefit.”

“I’m really proud of these guys,” Meshew said in closing. “I’m looking forward to seeing them play this spring and onto the next level.”