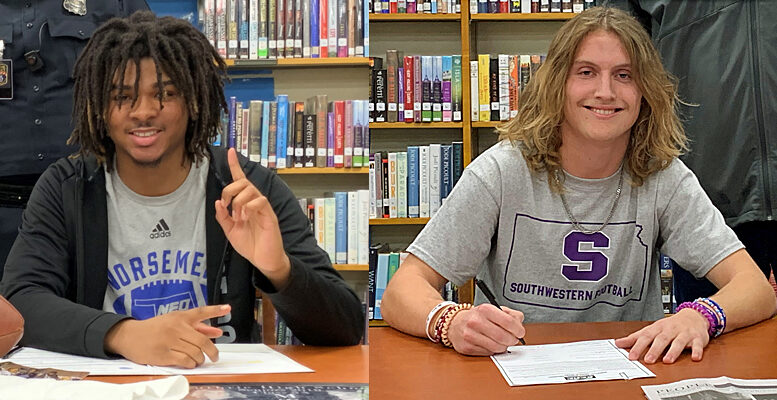 In front of a packed GHS library, Williams made it official with Northeastern Oklahoma A&M College (NEO) in Miami (OK) and Coonfield with Southwestern College (Winfield, KS).

Coonfield was a two-year starter for Guthrie’s defense. He finished with 110 tackles, including 85 solo tackles and six interceptions with two of those for touchdowns in his high school career.

Williams was a three-year starter and finished with 127 tackles, seven sacks and six interceptions with three of those for touchdowns.

Both Coonfield and Williams finished with All-District 5A-2 honors along with Class 5A All-Stars.

Head coach Kelly Beeby added four other Bluejays are still considering their options at this time.