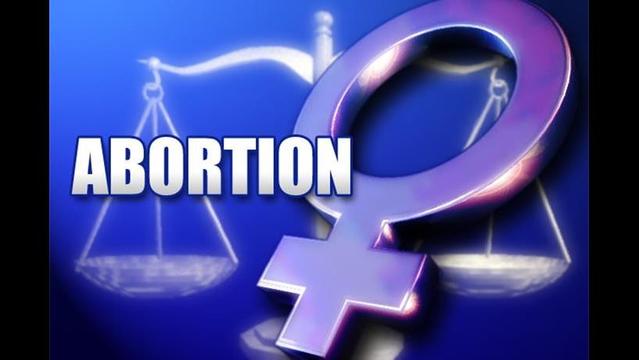 OKLAHOMA CITY – The Oklahoma House of Representatives overwhelmingly passed legislation directing the Board of Medical Licensure and Supervision and the State Board of Osteopathic Examiners to revoke the licenses of physicians who perform abortions.

House Bill 1182, authored by State Rep. Jim Olsen (R-Roland), would revoke the license for one year. An amendment filed prior to the vote clarified the life of the mother exception.

“Every single human life, born and unborn, has value. It’s our obligation as a civilized people to defend and fight for those who cannot fight for themselves,” Olsen said. “I’m glad the House stood together to recognize that the most innocent us also deserve our most basic of rights—the right to life. But there is always more work to be done to fight for the lives of the unborn. This is something that a lot of good people have worked on and prayed for, for a long time. I have had the privilege of being a part of that, and I am thankful for the help of the Lord.”

During debate, Rep. Brad Boles (R-Marlow) explained that House Bill 1182 was extremely personal to him. Boles, a coauthor of the bill, told the members that 37 years ago, his birth mother made the courageous decision to put him up for adoption when she could have instead had an abortion.

“Now she had a million reasons why it would have been more convenient for her to choose abortion—economic reasons, future college, athletic reasons—but she chose life,” Boles said. “And due to that decision she made unselfishly, I’m here today.”

“This bill, as amended, adds protections for the child, the mother, and for the discernment of the decision of the physician who is taking care of both,” West said. “It also enforces that the baby, whether in the womb of the mother or in the arms of the mother, is never reduced to an inconvenience in the state of Oklahoma.”

House Speaker Charles McCall (R-Atoka) was also a coauthor of the bill.

“The overwhelming majority of Oklahomans are pro-life, and they communicate their position on this issue to our members routinely,” McCall said. “I fully support any effort that would save an unborn child while also ensuring that the mother’s life and physical health is protected as well. This bill does that, and it is a policy the House has passed before.

“All life has intrinsic worth, and we should be doing all we can to protect those who cannot protect themselves,” McCall continued. “I am proud to be one of the members of the House standing with the many groups supporting this bill, including the Oklahoma Faith Leaders group comprised of the Catholic Conference of Oklahoma, Baptist General Convention of Oklahoma, Oklahoma Assemblies of God, Heartland Conference Church of God, and Tulsa International Pentecostal Holiness Church New Horizons Conference.”

“We’re grateful to Rep. Olsen and other members of the Oklahoma House of Representatives for passing this legislation today,” Abner said. “Unborn children should be protected by law and welcomed into life, and HB1182 is one more step toward accomplishing that. Oklahoma is leading the way with this innovative legislation as we believe no other bill like this has passed in any other state. We look forward to working with the Oklahoma State Senate next to pass this much needed legislation.”

Rev. Blake Gideon from First Baptist Church of Edmond, who serves as president of Oklahoma Baptists, was also in favor of the legislation.

“I support House Bill 1182 because it is one of the strongest pieces of pro-life legislation that Oklahoma has put forth,” Gideon said. “It holds doctors to the Hippocratic Oath to do no harm, and it stipulates the only exception being the life of the mother.”

House Bill 1182 passed the House by a vote of 71-21. It now moves to the Senate for consideration. The bill is authored in the Senate by Sen. Mark Allen (R-Spiro).