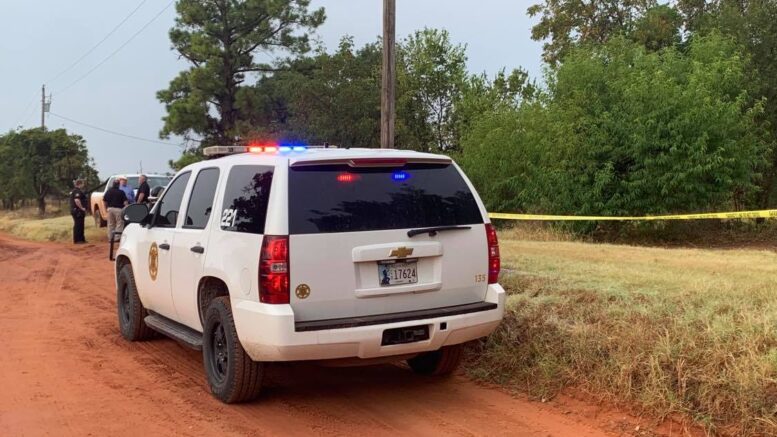 Investigators with the Oklahoma State Bureau of Investigations (OSBI) continue with their investigation into the Oct. 1 home invasion.

Police officers responded to a home on Backhaus Road – half-mile south of Industrial Road – after a person called 911 stating someone had broken into their home.

The homeowner said three people had broken into the house and that they shot one of the three. Related article: One person shot dead in reported home invasion; two suspects at large

Authorities said 44-year-old Trini Louise Salazar died at the scene with a gunshot wound. Her services are set for Friday in Crescent.

Guthrie News Page has learned investigators have spoken with multiple people of interest, but continue to search for others.

Be the first to comment on "Woman identified in home invasion shooting; investigation ongoing"