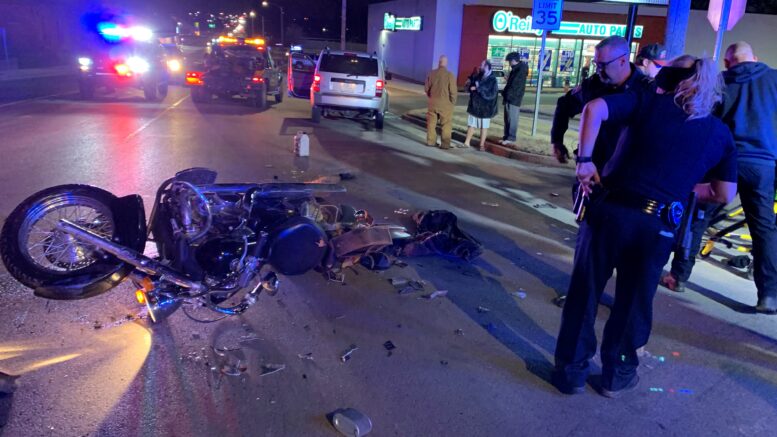 A motorcyclist was rushed to OU Medical Center Wednesday evening after being struck on Division Street.

Guthrie EMS and police responded to the 400 block of S. Division St. just after 6 p.m. for a wreck involving a four-door Jeep Liberty and motorcycle.

According to one witness, the Jeep was at a stop sign on Springer St. attempting to go south onto Division St. when it struck the motorcycle in the middle of the intersection.

The driver of the motorcycle suffered two major injuries to one leg. The male driver is also being monitored closely for a head injury.

Southbound traffic was detoured off Division St., while northbound continued but at a slow pace. Traffic was reopened completely at 6:40 p.m.

Be the first to comment on "Motorcyclist hit on Division Street"