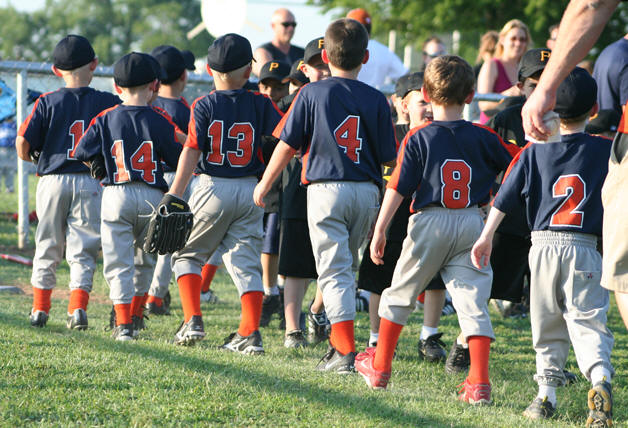 Youth sports facilities in Guthrie could soon see the benefits from a proposed increase to the Guthrie Hotel Tax. After Tuesday night’s city council meeting, qualified voters will now determine the next steps.

In the end of a nearly 60 minute workshop, the council unanimously voted (6-0) to allow citizens the final say with an April 5 election. Voters will vote yes or no to increase the hotel tax from 4% to 7%.

The additional funding would be earmarked and used exclusively for the purpose of improvements and/or maintenance of sports fields now belonging to, or hereafter acquired by, the city.

If approved, the collection would begin on July 1.

The council considered multiple options: keeping the 4% rate the same as it has been since being adopted in June 1998, or increasing the rate to either 5%-6%-7%-8%.

The hotel (lodging) tax — also referenced as a visitor’s tax — is levied on visitors staying in hotel rooms and participating bed and breakfasts within the city limits. The lodging tax combines with state, city and county taxes (9%) for a 13% total tax on visitor’s hotel bill.

Also with a successful election, all lodging taxes would then be collected by the Oklahoma Tax Commission (OTC) instead of the City. The City cannot collect lodging revenue from Air BNB’s as it’s only collected by OTC.

“The overall (Air BNB) collection could be very impactful for our community,” Councilman James Long said on the BNB revenue, which would also help offset OTC’s collection fee of 1.5% to the City.

The current 4% lodging tax is earmarked with 63.33% towards tourism, 31.67% to city parks and 5% for an administrative fee. Regardless the outcome of the election, tourism, parks and the administration fees will continue to receive the same allocation.

Resident Gary Good spoke on behalf of the bed and breakfasts in Guthrie and wanted to caution the council.

“I just caution raising the tax to the point where we are not competitive with Edmond. Stillwater is close by, but they are not as much competition to us as Edmond is. I’m afraid if we go up, more hotels will go in that area (Edmond) and we will lose more business.

In February, Stillwater voters will decide if their hotel tax will go from a 4% hotel tax to 7%. The City of Edmond, currently at a 4% lodging tax, pushed back their consideration of raising their tax rate after citizens approved a .25 sales tax increase to purchase 22 acres of land abutting E.C. Hafer Park.

Last March, the City was awarded a competitive Land and Water Conservation Fund grant from the Oklahoma Department of Tourism for a $1 million to begin a youth sports complex at the current Owens Field Softball Complex. The Guthrie city council allocated an additional $1 million toward the complex. Related article: Guthrie lands grant to begin a new sports complex

“We can spend the two million bucks and have everything we want, but if we don’t put any mechanism to keep it funded and to keep it maintained, we are going to peak and then it’s going to head right back down,” Councilman Don Channel said. “It does not make any sense to spend the money and then not have something to help keep it going.”

Channel continued, “It’s up to us (council) to give everyone in the community to say what they want. We put our money where our (council) mouth is as far as matching the grant, but the rest of it is really up to the ball people and everybody that wants to be involved. I think we owe them the right to decide.”

Other City sports facilities, include Kiwanis Field, soccer complex on Academy Road and the Cottonwood Flats.

Be the first to comment on "Watch: Election to decide visitor tax to support local sports facilities"