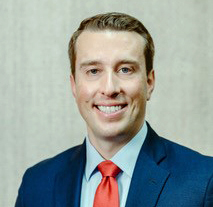 Collin Duel, an Army Ranger veteran, announced today that he is a conservative Republican candidate for state House District 31.

“I enlisted in the Army at the age of 19 because I wanted to make a difference for my country,” Duel said. “Now a husband and father, I feel compelled to keep fighting, to be on the front lines of state government making a difference for my daughter, family and community.”

As an Army Ranger, Duel had four combat deployments to Afghanistan, where he participated in raids, forcible entry operations and assault missions. He was awarded two Army Commendation medals for heroism and meritorious achievement for service.

“I know what it means to serve, fight and put your life on the line,” said Duel. “I’m not afraid of catching flack for defending our Constitution and the American flag. Our freedoms, history and traditional values are under attack by the cancel culture leftists, and we must push back.”

Duel was honorably discharged in 2013 as a sergeant from a Special Operations unit. He is now a small businessman and lawyer who operates a law practice in Guthrie.

“After leaving the military, I knew that the battle to defend the Constitution must continue, and I have prepared myself. I love America, and I love freedom, but the assault from within the boundaries of this country is unprecedented.”

“Stopping Biden’s unconstitutional executive orders will be my top priority.”

Duel’s wife, Hannah, is a public school teacher. He has one daughter, Eleanor, who is 10. The family attends Life Church, where Duel has gone since he was a child.

Duel is a marksman, hunter and a lifetime member of the NRA.

“I love this state and our country,” he said. “But I’m concerned about the direction we’re headed. We must make a stand, take back some ground, restore election integrity, defend the sanctity of life and protect personal liberty. Like President Trump, we must always stand for America first and fight to preserve the Second Amendment.”

“Like my grandfathers before me who served in Vietnam and Korea, I know what it’s like to lead in difficult situations. It means honoring the sacrifices of those who came before us. It means building our country up instead of tearing it down. It means waking with the sun, showing up on time and working hard for our community, families, veterans, seniors and small business owners.”

Duel is a graduate of Oklahoma University, where he also earned his law degree.