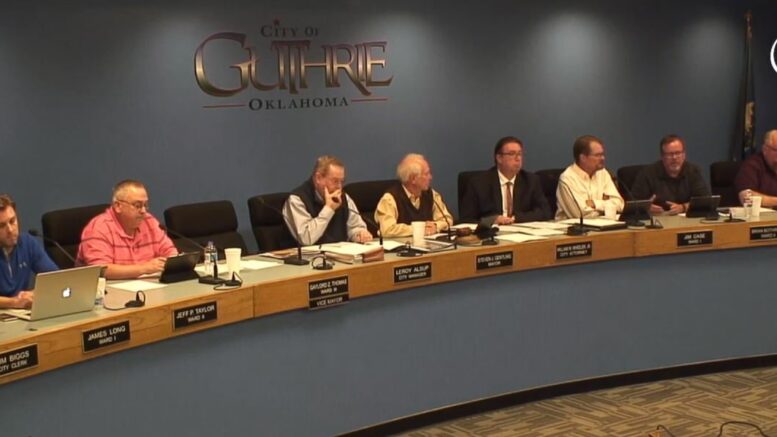 The Guthrie city council may appoint a new council member at their Tuesday, Jan. 21 meeting. In the same meeting, an executive session has been called to discussed the city manager.

The public meeting is set for 7 p.m. inside City Hall. The meeting can be viewed on the Guthrie News Page Facebook page.

Four applicants filed for the vacant Ward III seat and were interviewed by the nominating committee of Mayor Steve Gentling and council members Jeff Taylor and Don Channel.

To be appointed to the council, a candidate must receive four votes from the current six council members.

An executive session has been inserted onto the agenda to discuss City Manager Leroy Alsup.

The agenda item reads, “for the purpose of discussing the employment, hiring, appointment, promotion, demotion, disciplining or resignation of public officer or employee (City Manager).”

Following the executive session, a council action regarding the city manager will be considered for an action.

Be the first to comment on "Council to decide on open council seat; discussion on city manager"