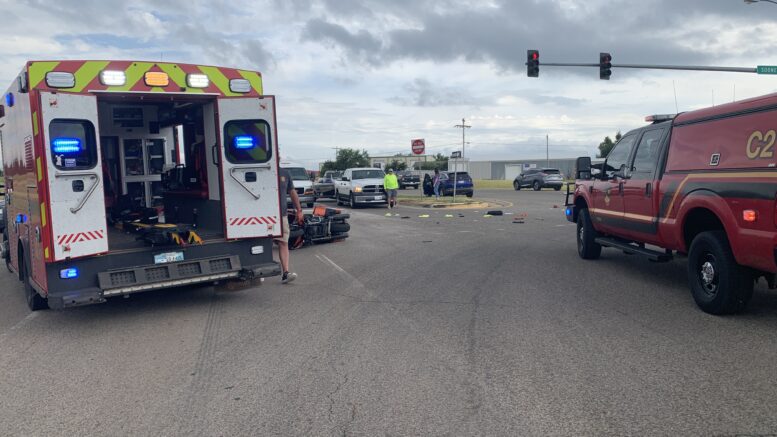 A motorcyclist was transported to an Oklahoma City hospital late Friday afternoon after a vehicle struck the motorcycle in a busy intersection.

Guthrie Police reported the motorcyclist attempted to turn onto Division St. from Sooner Road when it was struck by a vehicle driving southbound on Division St.

Sgt. Anthony Gibbs says the driver of the car misjudged the traffic light while being distracted when turning on the windshield wipers.

The vehicle struck the motorcycle’s back wheel causing a man to be ejected into the roadway.

Gibbs said the motorcyclist suffered road rash and a shoulder injury. He was transported to OU Medical Center by Guthrie EMS for further evaluation.

The officer said the motorcyclist was wearing a helmet and helped to avoid any head injuries.

Northbound traffic was rerouted by the Logan County Sheriff’s Office.

Be the first to comment on "Distracted driver crashes into motorcyclist"