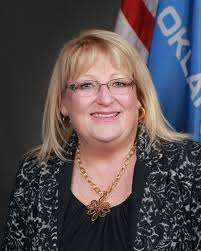 Updated on May 18, 2020 — The convicted murderers in this article were each denied parole by the Oklahoma Pardon and Parole Board this month.

Logan and Payne County District Attorney Laura Austin Thomas has filed a request to have the Oklahoma Pardon and Parole Board chairman to disqualify two members of the board from hearing cases. She says the two members cannot be impartial because they employee the parolees that are being considered for parole.

Thomas is requesting Kelly Doyle and Adam Luck, two of the five members, to be disqualify from hearing multiple cases in both Logan and Payne counties.

Both board members were appointed by Governor Kevin Stitt in February 2019.

“The Board is supposed to be neutral,” Thomas said. “However, it appears some on the board are using their positions to further their own stated political agendas and personal belief systems.”

According to the pardon and parole website, Doyle helps assist communities as they increase employment opportunities for people coming home from prison and jails, including those on probation or parole. Luck serves as the Board of Directors for the Center for Employment Opportunities, according to a release by Thomas’ office.

“As a sitting DA, it would obviously be inappropriate for someone in my position to sit on this board. Persons who practice felony criminal defense in the State are prohibited from sitting on the Board. We are simply saying these two people come to the consideration of these cases from a biased perspective. Victims, and others who are protesting early release, can’t help but doubt whether these two board members will fairly consider their arguments.”

Thomas added both board members have published editorials supporting State Question 805 (a criminal justice reform measure that would end the use of sentence enhancements for nonviolent offenses, and it would allow inmates who have already received an extreme sentence to petition the court for relief).

Thomas said many questions arise when considering the appointments of Doyle and Luck.

“The conflict of interest is clear and concerning. How many offenders, already released on GPS or about to be released, go to work for this company Doyle and Luck are associated with?  Before their appointments, how many clients ended up in their program? Since their appointments to the board, how many clients have they received? It is fundamentally wrong to vote on the release of offenders they are employing or may employ. How is this company funded? What kind of money flows through it and where did it come from? Regardless of how you feel about the company’s mission, these people have no business on this board.”

Two murder cases in Payne County and one murder case in Logan County are expected to be heard in front of the parole board this month.

Charlton Cole was convicted in Payne County, in 1998, for killing his two-year-old child. He received a sentence of life imprisonment based upon a plea agreement.

Douglas Gray was convicted in Logan County, in 1988, for the murder of a young Guthrie teacher. He received a sentence of life imprisonment after pleading guilty without an agreement from the State. Related article: Parole hearing set for man in the murder of a GHS teacher

James Davis was originally convicted in Payne County in a 1987 case for the murder of an Oklahoma State University student outside a Stillwater tavern. Davis was convicted by a jury and received the death sentence. However, the case was reversed on appeal because the jury saw Davis in shackles in the courtroom. Davis agreed to plead guilty to a sentence of life imprisonment plus 35 years.

In the Gray and Davis cases, each were decided before Oklahoma law provided a sentence option of life without parole, which later went into law in November 1988.

Thomas says her office does not object to all applications for parole.

“We have not objected to commutations when the basis was changes in the law since the original sentence was ordered, such as drug offenders and other non-violent offenders whose crimes are now misdemeanors. Nonetheless, in 2020 alone, we have objected in multiple, serious cases from Payne and Logan Counties where inmates were being considered for parole or commutation.”

Last month, a Payne County woman got one step closer of being released from prison after the pardon and parole board voted to advance her commutation application. Shirley Cloyd was convicted in 2002 of attempting to kill a Guthrie police officer while serving a search warrant at her residence. Related article: Woman convicted in attempting to kill Guthrie officer is a step closer to parole

“This is a constant battle to re-litigate cases that took prosecutors, defense attorneys, judges, juries and appellate courts months and even years to shepherd through the system,” Thomas said.

“Now we are required to go back with very short notice and try to educate this unelected board on what really happened in these cases. The least we should be able to expect is a board that is not already biased against us. This has got to stop. They have gone way too far, and public safety and the verdicts and sentences of judges and juries are being attacked on a monthly basis with protesters given less than 10 minutes to present their objections.”