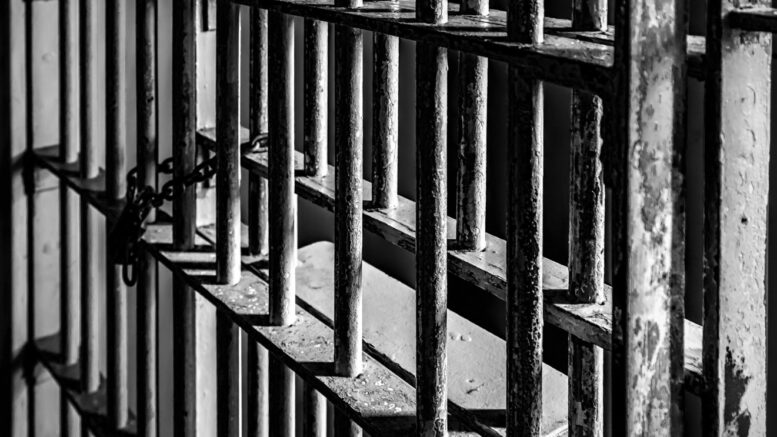 Updated on May 18, 2020 — Douglas Eugene Gray was denied parole by the Oklahoma Pardon and Parole Board earlier this month.

Douglas Eugene Gray admitted to killing a Guthrie High School teacher inside her home in May of 1987. He is set for a parole hearing next month.

Gray is being held in the state prison at McAlester for the murder of 23-year-old school teacher Paula Bearden, formerly of Ada, who was found beaten and shot.

Gray, 21-years-old at the time, told authorities he broke into Bearden’s home and shot her, then called police after returning to the home and finding her still alive.

She died in a Oklahoma City hospital later the same day.

According to statements in the case, Gray told police he returned to Bearden’s home about an hour after the shooting with the intention of raping her and then killing himself. Finding her still alive, he instead called police.

The former convenience store clerk pleaded guilty to first degree murder less than a year later and was sentenced to life in prison. At that time, life without parole was not an option for the court system. Life without parole was allowed just a few months later following the guilty plea.

In 2001, Gray and another convicted killer escaped the Mack Alford Correctional Center in Stringtown, Okla. by hiding in a mail cart.

The two killers, who made a pact not to be taken alive, stole multiple vehicles and rifles, broke into an elderly’s couple home, kidnapping them and finally surrendered to authorities after a more than seven hour home standoff in Edmond.

The other suspect shot himself during the standoff, but died only after Gray shot him one more time, according to authorities at the time.

Gray pleaded guilty to kidnapping and possession of a firearm. He was sentenced to 40 years on each charge and ordered the sentences to run concurrently with his other prison time.

The Oklahoma Pardon and Parole Board will meet May 4 – 6. This will be the second parole hearing for Gray. He was denied in 2017.

Prisoners serving life in Oklahoma are eligible for parole after 45 years. Sometimes less with credits for good behavior, but the sentence is never discharged.