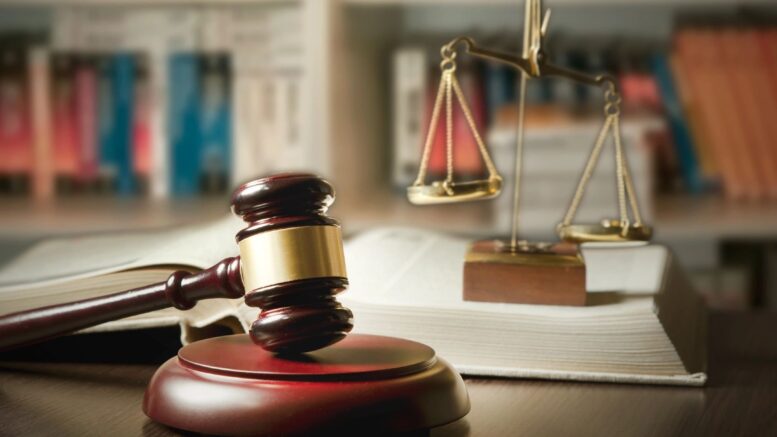 Updated on April 30, 2020 — A judge has dismissed a federal lawsuit filed against the City of Guthrie regarding COVID-19 ordinances. The suit was filed on behalf of 10 citizens. More to come.

A group of 10 citizens joined a Oklahoma City law firm and filed a federal lawsuit against the City of Guthrie in U.S. district court on Wednesday. The group is requesting to strike down Guthrie’s COVID-19 ‘shelter-in-place’ ordinance.

The suit seeks both a temporary and permanent injunction against enforcement of the ordinance, which names the City of Guthrie, Mayor Steven Gentling, Police Chief Don Sweger, members of the city council and city attorneys William W. Wheeler and Sheri L. Mueller.

The Guthrie City Council passed a shelter-in-place ordinance on April 6 in an effort to help limit the spread of COVID-19. The ordinance (3330) is set to expire on May 5, but the City has called for a special meeting on Monday to determine the ordinance. Related Article: City of Guthrie issues Shelter in Place; face masks now mandatory

The suit seeks both a temporary and permanent injunction against enforcement of the ordinance.

The ordinance is similar to several other Oklahoma cities during the coronavirus pandemic. Guthrie added another mandate of requiring citizens to wear a cloth face mask when going in public.

The lawsuit was filed by Oklahoma City attorney Frank Urbanic on behalf of 10 people who live in Guthrie or conduct business in Guthrie.

Urbanic is requesting an award for the plaintiffs to receive reasonable attorney fees, costs and expenses.

“Prior to filing this lawsuit, we gave Guthrie the opportunity to rescind the Ordinance. The last word from the City Attorney was his asking us to wait until after a city council meeting that would happen ‘maybe as early as Monday,'” according to Urbanic.

Urbanic added, “A huge debt of gratitude is owed to the ten brave PATRIOTS who decided to be a part of this lawsuit. I had dozens more contact me who wanted in.”

The attorney says there are seven causes for the suit to be filed:

Urbanic added the ordinance is way over the top in its violations of the U.S. Constitution, the Oklahoma Constitution, and Oklahoma law. The attorney listed some of the violations he believed to be contained in Guthrie’s Ordinance:

List of citizens to join in on the lawsuit:

Court documents says the citizens are individuals who reside in Guthrie.

These citizens are individuals who visit and/or conduct business in Guthrie, according to the suit.