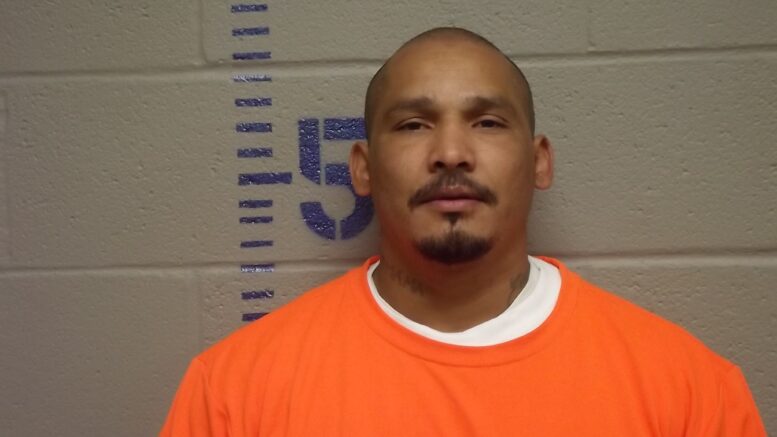 Logan County inmate Adam Quilimaco appears he will be leaving his county cell for a prison cell after he pleaded guilty to various crimes inside a courtroom Friday morning.

Last month, Quilimaco was working as a trustee inmate when he walked away from a county crew. He was taken back into custody the following day in Pontotoc County by the U.S. Marshals.

Along with a guilty plead of escape from a penal institution and conspiracy to commit a felony, Quilimaco admitted guilt to prior charges, including robbery by two or more persons with a weapon and possession of a controlled dangerous substance in jail.

He will be given credit for time served and all cases will run concurrent.

Quilimaco has 10 days to make an appeal. If upheld, he will be transported from the county jail to prison.

Online records show several previous guilty convictions for Quilimaco, including rape in the second degree in Kay County. Along with the 2001 rape conviction, Quilimaco was found guilty in 2005 for failing to register as a sex offender in Logan County.

In addition to the rape and failure to register crimes, Quilimaco has been found guilty in three burglary cases, three stolen property cases, two robbery cases and unauthorized use of a vehicle. All those crimes took place in Kay or Logan County from 1998 to 2005.