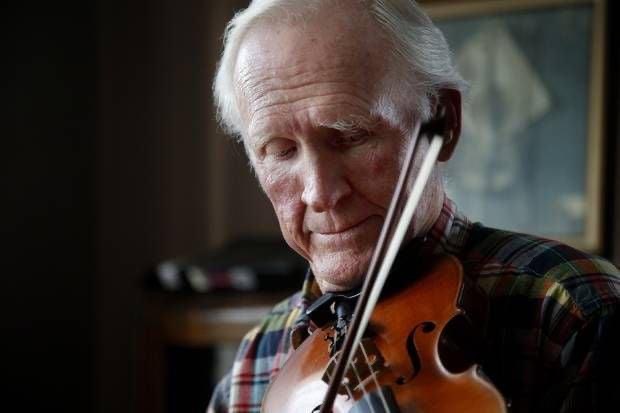 Many took to social media to share their condolences, including local musician Amanda Fortney.

“His voice,” she posted. “That is one of the things I loved and will remember most about him. He had one of the most kind and gentle voices that just immediately put you at ease. You would never know he was this bluegrass superstar.”

Berline, who was born on July 6, 1944, in Caldwell, Kansas, eventually moved to Guthrie and made central Oklahoma his home. Berline helped establish the annual Oklahoma International Bluegrass Festival held on Guthrie’s west side in October.

According to the International Bluegrass Music Association, Berline was born July 6, 1944, in Caldwell, Kansas, and recorded with a wide range of artists including The Dillards, The Flying Burrito Brothers, The Rolling Stones, and Bill Monroe and the Blue Grass Boys.

Berline was the three-time champion at the National Oldtime Fiddlers’ Contest and Festival in Idaho, and he was inducted into the National Fiddler Hall of Fame in 2013.

He received the IBMA Distinguished Achievement Award in 2012 for his substantial contributions to bluegrass and fiddle music.

In February 2019, a fire destroyed Berline’s fiddle shop in downtown Guthrie. The Double Stop Fiddle Shop was one of two stores destroyed in the fire. He would later relocate the shop just steps away.