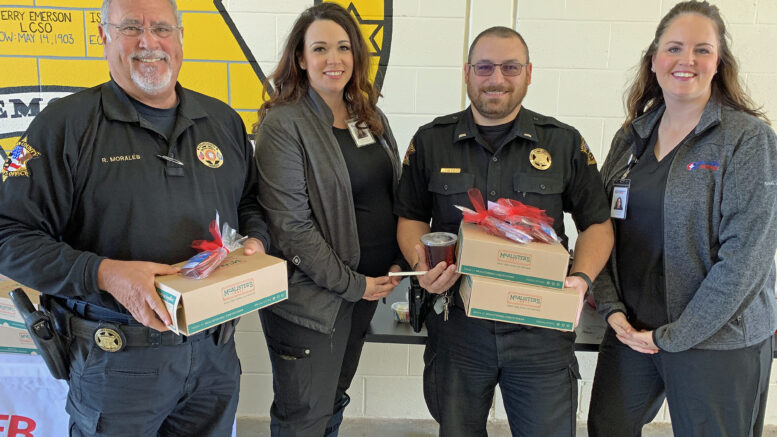 First responders throughout Logan County were treated with donated lunches on Wednesday for their continued service to serve and protect.

From police officers, to deputies to firefighters to dispatchers, each were given a box lunch and beverage from McAlisters Deli.

The meals were donated by Oklahoma ER and Hospital.

The first responders either walked into the sally port of the Logan County Jail, or simply drove through to receive their lunch.

Some meals were hand-delivered for those who were unable to make it by the jail.

Doctor Bill Worden, who helped organize the event, said, “Thank you to these fine men and women.”

Along with his medical practice, Worden is a commissioned Deputy Sheriff with the Logan County and Canadian County Sheriff’s Office and provides medical direction to the agency’s tactical teams. In addition, Worden serves as the Medical Director for the Guthrie Fire Department.