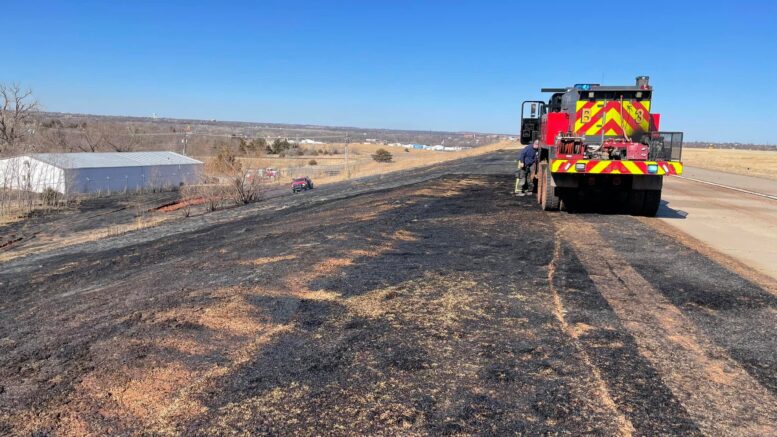 With the assistance of the Sooner Fire Department, a small grass fire was extinguished at the Guthrie Edmond Regional Airport at around noon.

The fire was contained near the taxi way and inside the airport property.

A short time later, Guthrie, Sooner and Coyle fire departments were dispatched to a grow facility, located to the north of County Road 75 and Westminster Road, for another grass fire.

According to fire officials, the fire was started by landowners attempting to burn trash at a marijuana grow. Due to a county-wide burn ban in place, the Logan County Sheriff’s Office responded to investigate.

No word at this time if the facility was cited for the illegal burn. Earlier this month, another grow facility was fined for burning during the ban.