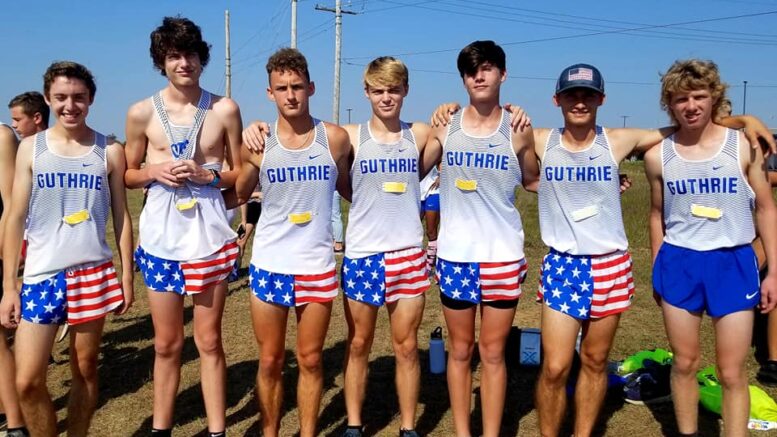 The boys and girls high school teams along with the girls junior high team came away with team titles at the Cushing Invitational XC Meet on October 8. The junior high boys finished second overall.

Senior Mason Barney accomplished another individual win (third on the season) with a time of 17:06 to help lead the Jays to a dominating 91 point win over the second place Mannford team.

Junior Grant Mayer was the next to cross for the Jays with a fifth place finish in a time of 18:07. His freshmen brother, Mason Mayer, took seventh place 15 seconds later.

Junior Jaxon Harden was the fourth Bluejay to finish in the top 10 with an eighth place finish. Junior Dawson Sallee finished in 11th place.

Despite placing three runners in the top 28 spots, the Lady Jays held on for a team win with 108 points and six points behind Adair.

Guthrie finished with a team low 45 points and was followed by Harrah with 58 team points.

The boys team finished second behind Stillwater by 33 points.

Leading the way for the Jays was Riley Wilkerson with a third place finish with a field of 125 runners.