A Guthrie man was killed Friday morning after his motorcycle was struck by a vehicle on Interstate 35, according to the Oklahoma Highway Patrol.

Nicholas Benedetto Rappa, 31, was pronounced dead at the scene.

Following the collision, Perry, 47, of Edmond continued north on the highway before driving off the road, crashing into a light pole and took off on foot.

He was later located by Edmond Police and taken into custody after a brief struggle.

Perry,  a cardiologist with the Oklahoma Heart Hospital, was arrested for manslaughter, DUI and failure to report and render aid at the scene of a fatal collision. 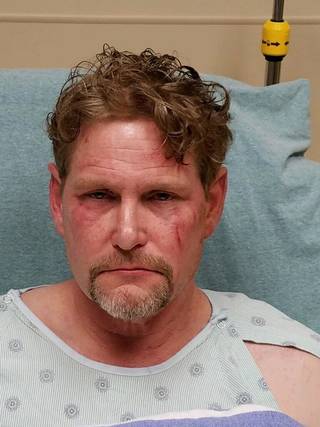 Bryan Frank Perry was arrested on three counts, including manslaughter.

According to KFOR-TV, in 2012, Perry was involved in accident and where he allegedly hit a trooper. The document says Perry was also “extremely unsteady on his feet, had a very strong odor of alcohol about his breath and person and had extremely slurred speech.”

He also has six speeding violations from 2005 to 2016 in Oklahoma and Canadian Counties.

OHP labels the cause of the accident as ‘alcohol-DUI’ in the latest accident.

“Everyone at Oklahoma Heart Hospital extends our deepest sympathy to all loved ones of the motorcyclist killed in the accident involving Dr. Bryan Perry. In this time of shock, we assure the public that all patient care in which Dr. Perry was participating is being managed by other providers. We extend our thoughts, prayers and profound regret to all involved in this tragedy.”

Troopers are asking anyone with information on Perry’s whereabouts before the crash or anyone who witnessed the crash to call 425-2323.

Be the first to comment on "Guthrie motorcyclist killed in Edmond; a doctor in custody"