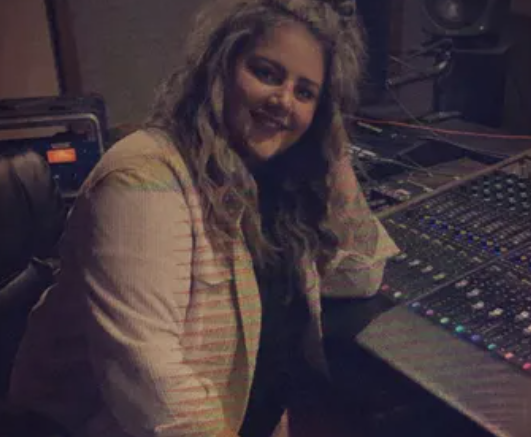 Bri Avila-Alhamdani, perhaps now better known as BriZee, has been working hard for that right sound for her new album. Now, its here and ready for everyone to take in and listen too.

BriZee released her first album called “Fight” over the weekend. Her current EP (extended play) Fight is a looking glass into her past. Click here for all BriZee information, including her brand new album.

“This has been such a huge accomplishment for me and for where I have ambitions to go from here,” BriZee said.

Growing up in Guthrie, Brizee thrived on music and making her childhood a performing stage for those around her. She had several career paving opportunities that gave her the exposure and experience to chase this dream and bring you into her world. From singing at the renowned Apollo Theater in New York to auditioning with American Idol, BriZee has and is always looking for ways to bring her talent to people far and wide.

With the early success, BriZee songs have already been streamed as far as Sweden, Japan, Dublin, Canada, and Paris.

“I am officially worldwide now!! So excited,” BriZee added.

She decided to dive headfirst into bringing you this first EP and is already working to bring you a second taste soon. This beginning has been an experience that has changed her forever. By providing her with a whole other set of opportunities and possibilities to make her voice heard, BriZee says this is just the beginning. She is already working to make sure you get a second dose of the BriZee you are coming to know and love.

BriZee worked with Castle Row Studios, who has worked with many well-known artists such as Lil’ Wayne, who recorded a handful of songs from his album Carter V, Blake Shelton, and Afro Man just to name a few.

She recently held an Album Release Party at the Guthrie Golf and Country Club, where everyone got a sneak peek of “Fight.”

Her next release is already in the works and says the next sound will be a whole different feel with featured artists such as Huston Red. That is expected to drop sometime this summer.

“My work is just beginning and am so excited for the future.”

Fans can visit the website at www.BriZeemusic.com and all of the music is currently streaming on all music platforms such as Spotify, Amazon Music, Apple Music, YouTube and more.

Be the first to comment on "Guthrie native, BriZee, releases first music album"