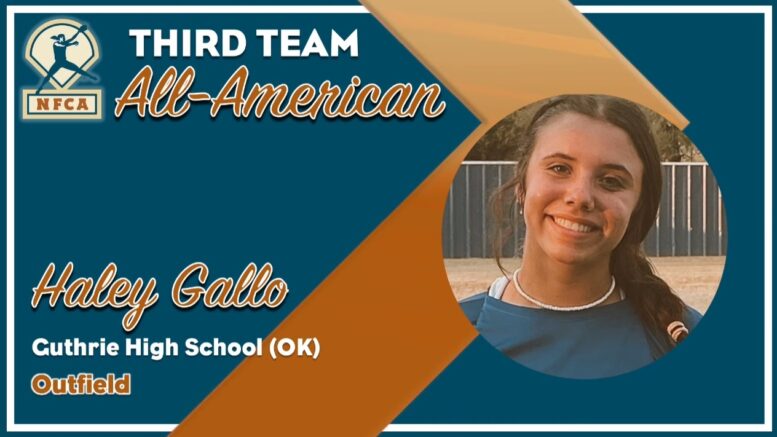 The National Fastpitch Coaches Association (NFCA) announced that 39 student-athletes from 37 programs across the country have been voted to one of three 2022 NFCA High School All-America teams. Among them was Guthrie High School’s Haley Gallo.

In her freshmen campaign for Guthrie, Gallo helped lead the Lady Jays program to the 2021 state tournament and finished the season with a batting average north of .600 with 53 hits, including 27 extra-base hits, 15 home runs, and 46 runs scored.

During the summer season, she plays for the Tulsa Elite program.

Voted on by member head coaches, the awards honor softball student-athletes from around the nation. All student-athletes who earned All-Region status (2021 Summer/Fall and 2022 Spring) from the NFCA’s 10 membership regions, were on the ballot and eligible for All-America status.

In addition, Gallo was named to the NFCA’s All-Region II First Team.