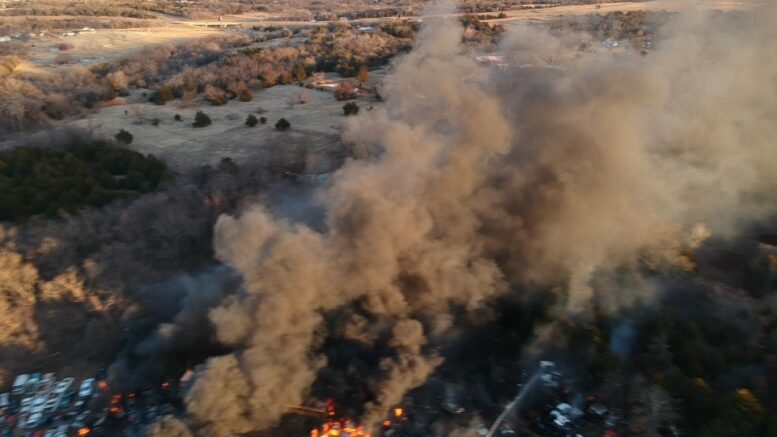 Nearly every fire department in Logan County was needed on late Sunday afternoon to help extinguish a large fire at a Guthrie salvage yard.

Dark, heavy smoke could be seen as far as 40 miles away as firefighters battled the fire in the 4500 block of S. Division St.

The call came in at 4:20 p.m. and kept firefighters at the scene for four hours.

Multiple vehicles, including a school bus, and a manufactured home burned in the blaze.

Fire officials believe the fire may have started as employees were working on a vehicle.

Heavy equipment was used to create a path so that brush tanks and tankers could make their way closer to the flames.

Without fire hydrants in the area, tankers were forced to leave the property to fill back up with water.