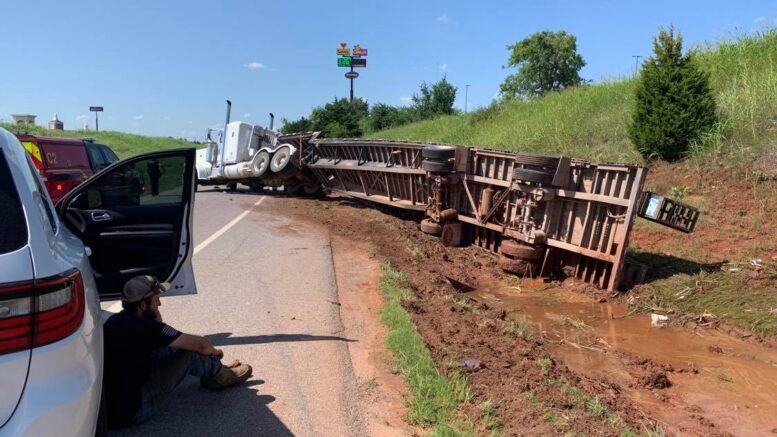 Motorists will not be able to gain access to a part of Interstate 35 for some time on Tuesday following a tractor trailer that has turned over on the on-ramp.

Just after 4 p.m. emergency crews responded to the Interstate 35 northbound on-ramp at Highway 33 for the overturned truck.

According to officials at the scene, the truck, which was transporting a forklift, attempted to make a westbound turn onto Highway 33, but somehow missed the turn and resulting the forklift to shift partially off the trailer and onto the side of the onramp.

The on-ramp remains closed at 5 p.m. as crews await wreckers to come and clean the roadway.

The Guthrie Fire Department remains on scene as oil and gas could be seen leaking from the truck.

The driver was reportedly not injured at the scene.