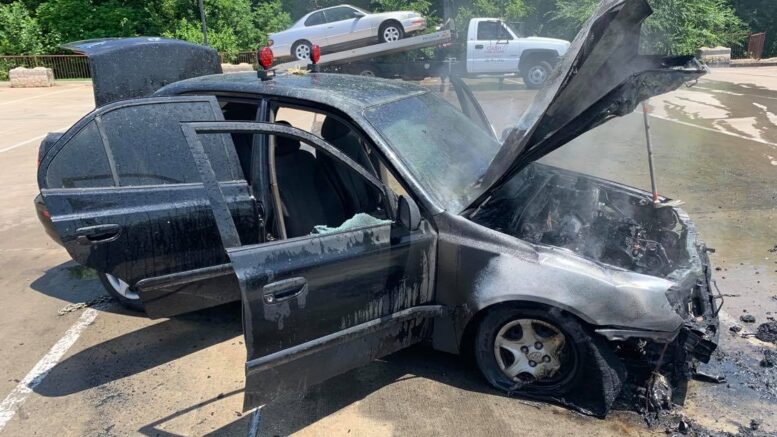 An alert driver noticed one of the vehicles that he was towing started to smoke and was able to stop in time before flames took over.

The Guthrie Fire Department responded to the Guthrie Travel Center just before 2 p.m. Tuesday for a vehicle fire near the fuel pumps.

Fire crews arrived to find the front end of a four-door passenger car fully-involved with flames.

Firefighters needed only seconds to extinguish the flames.

According to the driver, he was towing two vehicles when he noticed one of the cars began to smoke. He quickly pulled into the convenience store parking lot and removed the smoking vehicle from the other two vehicles.

Be the first to comment on "Video: Car catches fire near gas pumps"