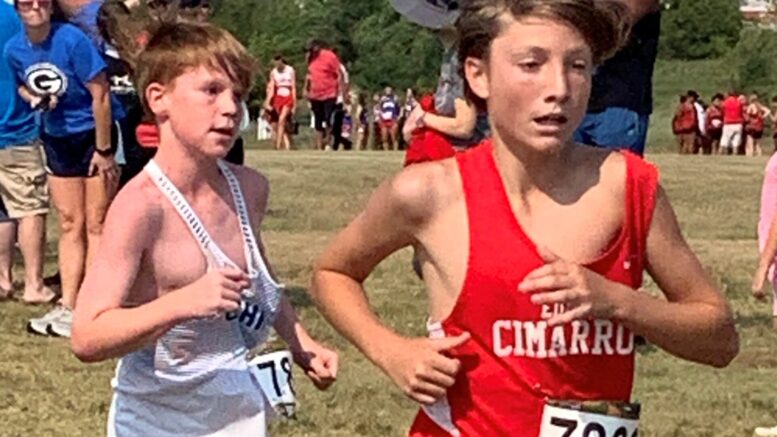 Guthrie's Jaxson Mayer (in the white jersey) ran a strong race at the Moore Invitational on Saturday, Sept. 11.

The team won the meet beating Edmond Cimarron by six points and Moore by 11 points. There were eight teams and 86 runners competing.

The boys won the meet, finishing ahead of Moore by 21 points. Del City finished third in the field of seven teams. The race featured 72 runners.

The seventh-grade girls fell 10 points short of first place, finishing behind Summit Middle School. They beat the third-place team by 43 points. They competed in a field of nine teams with 78 runners.

The eighth-grade girls did not compete.

The next junior high meet will be Saturday, Sept. 18 at Hennessey.