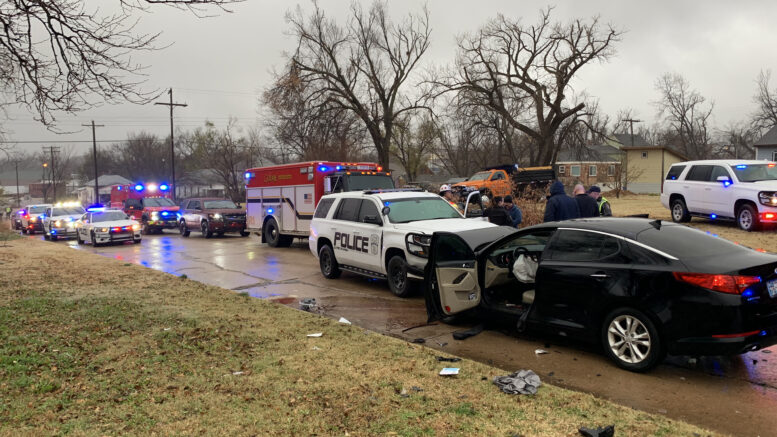 Emergency personnel responded to the crash at the intersection of Perkins Ave. and Ash St. just after 3:30 p.m.

According to a witness, a four-door Ford was traveling westbound on Perkins Ave. at a high rate speed and smashed into a Guthrie police officer’s SUV, who was sitting at a stop sign.

The impact not only caused air bag deployment in both vehicles, but pushed the police cruiser back an estimated 50 feet.

The male driver, 65-year-old Ronald Wright, in the Ford was transported by Guthrie EMS, but died while en route to the hospital.

While the Oklahoma Highway Patrol investigates the crash, it appears Wright may have had a medical episode before the accident.

The officer was placed onto a backboard and transported non-emergency to a Oklahoma City hospital.