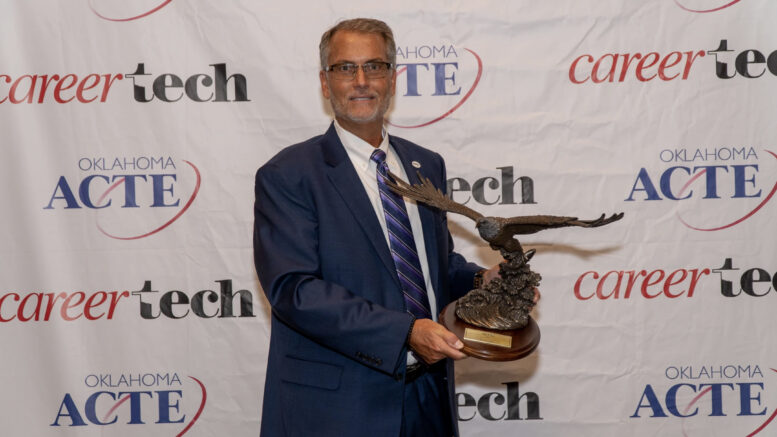 The award was created to recognize a champion of Oklahoma’s CareerTech system. “Dr. Major has maintained exceptional relationships with legislators and is always ready to meet them at a moment’s notice to advocate for CareerTech,” said OkACTE executive director Skye McNiel. “The work he has done to share the impact that CareerTech has had on students, their future careers, and on businesses and the Oklahoma economy is invaluable.”

Throughout his career, Major has participated on many local boards as well as state and national associations. Major is a graduate of Leadership Stillwater and Leadership Oklahoma and was appointed by Governor Henry to serve on the Oklahoma Employment Security Commission. In 2012 The Journal Record honored Major as one of Oklahoma’s Most Admired CEOs. In 2017, he received the Francis Tuttle Career Excellence Award recognizing a career devoted to the development of excellence in people through career and technology education. Major also serves as the national president-elect for the Association of Career and Technical Education.

Meridian Technology Center has been a driver of economic development since 1975. With a mission to educate, enrich lives and secure economic futures, Meridian offers full-time career training programs, short courses, Business and Industry services and entrepreneurial support to residents from the Agra, Carney, Glencoe, Guthrie, Morrison, Mulhall-Orlando, Pawnee, Perkins-Tryon, Perry and Stillwater school districts. Meridian is one of 29 schools within Oklahoma’s CareerTech system.