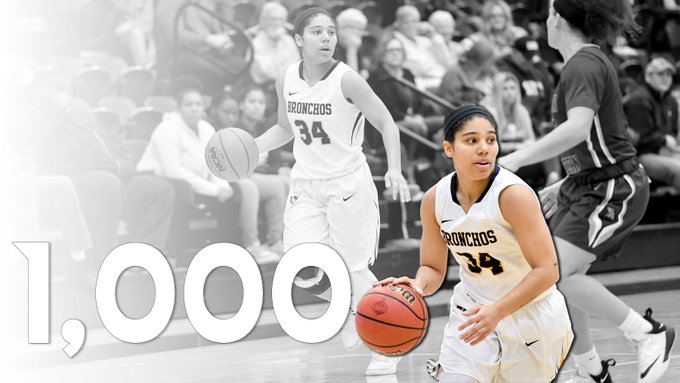 The University of Central Oklahoma point-guard poured in 14 points in a victory over Northwestern Oklahoma on Nov. 9 to surpass the milestone.

Haynes is off to a good start to the season. She leads UCO in scoring with 12 points per game while shooting nearly 48 percent.

A season ago for the Bronchos, Haynes was an All-MIAA award winner as she led the team in scoring (12.5), making an immediate impact after transferring in from Arkansas Fort Smith.

While at UAFS, Haynes was named Heartland Conference Freshman of the Year in 2017. As a sophomore, she averaged 10 points per game while piling up 63 made 3-pointers and coming away with 49 steals.

Haynes was an all-state selection for the Lady Jays as she averaged 20 points per game in both her junior and senior seasons.

Be the first to comment on "Micayla Haynes goes over 1,000 points in college career"