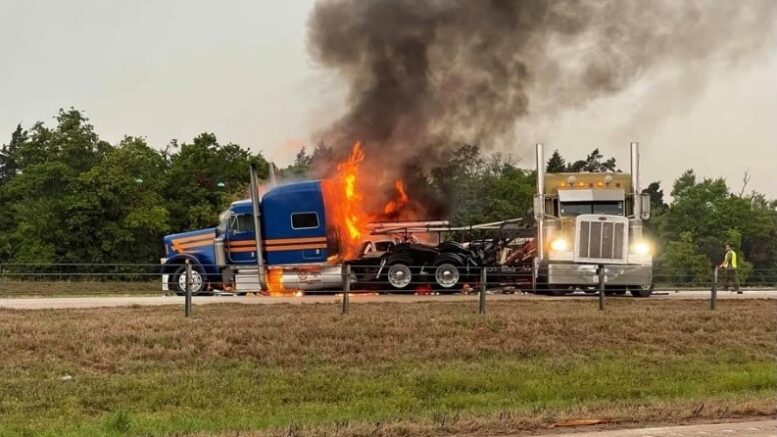 Local law enforcement and crews are detouring traffic off at Seward Rd. (mm 151) to Sooner Rd and back on at Waterloo Rd. (mm 146).

Crews estimate the closure lasting into the overnight hours. Drivers should expect delays or avoid the area and locate an alternate route.

Emergency crews are on the scene of a three-vehicle accident on Interstate 35. One of the vehicles has caught fire after impact.

Several emergency crews are on the scene in the southbound lanes at mile marker 149, which is near the rest area.

Guthrie News Page has learned there are multiple fatalites in this wreck and at least one other injured.

The accident is going to involve two semi-trucks and at least one other vehicle.

The accident occured just after 7 p.m.

Traffic is being detoured off the highway and is expected to be closed off for several hours.