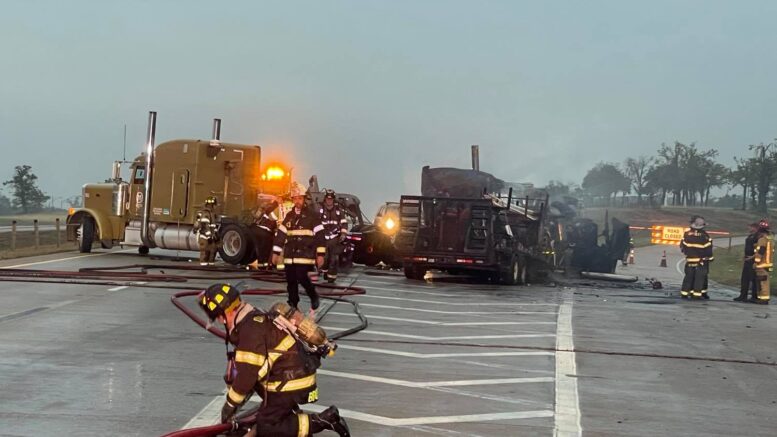 The Oklahoma Highway Patrol has not released what may have caused the accident on I-35 that led to three fatalities on Tuesday evening.

The accident involving two vehicles and a pedestrian took place just after 7 p.m. south of Guthrie at mile marker 149, which is located at the rest area. Related article: Multiple fatalities reported on I-35 wreck

OHP confirmed that 38-year-old Joshua Michael Hall of Oklahoma City and Jason Lingle of Noble, who were in a 2014 Chevrolet Silverado, died at the scene.

Another male, a 38-year-old man from Norman, a passenger in the Silverado, was transported to an Edmond hospital, where he was treated and released for his injuries.

A Texas man was driving a 2005 Peterbilt was not injured in the crash. The driver may have been towing another semi-truck, but OHP did not confirm.

The southbound lanes were shut down for nearly seven hours before being opened back up to traffic at 2 a.m.