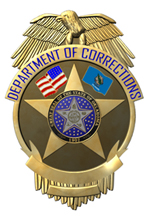 Oklahoma City – The Oklahoma Department of Corrections (ODOC) is partnering with a technology company to curb the illegal use of cellphones inside prisons – fulfilling a directive from the governor’s office issued last year after numerous, coordinated inmate disturbances. The company is conducting phase two of its pilot project to detect and pinpoint cellphone signals inside prisons.

Contraband cellphones greatly contribute to illegal activity inside prisons, some of which reaches outside prison walls. Last month, for example, ODOC agents worked with the Oklahoma Bureau of Narcotics to dismantle a major crime syndicate whose leaders were “calling the shots” behind bars with cellphones. In the past 10 years, ODOC staff have seized more than 57,000 contraband cellphones.

The pilot project, scheduled to start next month and last 60 days, requires all inmates housed at Lexington Assessment and Reception Center to wear ankle monitors. Those monitors detect nearby cell phone signals, alerting staff to initiate an immediate response. ODOC will implement protocols to ensure the safety of all staff and inmates during the pilot. ODOC’s involvement in this project is at no cost to the state.

Governor Kevin Stitt issued Executive Order 2019-41 last September ordering the agency to research and explore technologies available to curb cellphone use behind bars. You can find that executive order at www.sos.ok.gov/documents/executive.

This project is one of several ODOC is considering for future use inside state prisons.