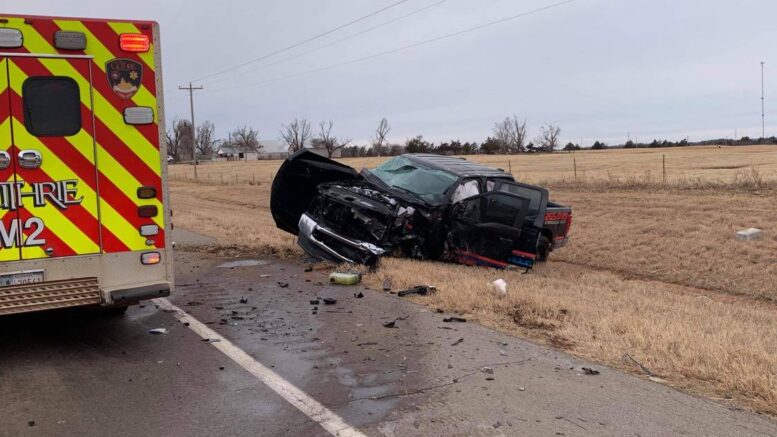 The Oklahoma Highway Patrol continues to investigate the Jan. 19 vehicle accident that killed a Logan County woman, but the department released some of the details on Thursday.

According to the report, Gellenbeck was driving westbound and began to reach for something in the passenger seat, went left of center and struck the oncoming vehicle.

The impact caused airbags in both vehicles to deploy.

Troopers identify the cause of collision as “inattention.”

Be the first to comment on "OHP identifies victim, report on SH-33 fatality accident"