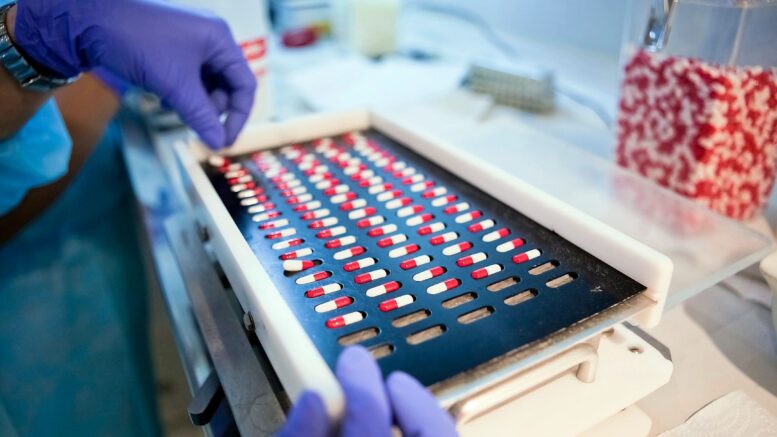 OKLAHOMA CITY – Attorney General John O’Connor announced four new settlements in the State’s opioid litigation in a press release on Wednesday. With these new settlements, Oklahoma has now recovered more than $900 million in opioid settlements. Oklahoma now ranks near the top of all states in total funds recovered on a per capita basis from the companies alleged to bear partial responsibility for the State’s opioid crisis.

The announcement follows settlements agreed to by the State in December with Allergan Pharmaceuticals, CVS, Walgreens, and Walmart.

“The opioid crisis has inflicted unspeakable pain on Oklahoma families and caused the deaths of thousands of Oklahomans,” said General O’Connor. “Between 2016 and 2020, more than 3,000 Oklahomans died from opioid overdoses. These recent settlements bring Oklahoma’s total recoveries from opioid manufacturers, distributors, and retailers to almost $1 billion. As with prior opioid settlement funds, Oklahoma’s recoveries must be used to abate and treat opioid addictions and to save lives across our state.”

Nearly all the settlement funds must be used to remediate the opioid crisis, including prevention, harm reduction, treatment, and recovery services.

The payments are structured to ensure critical support in early years as well as sustained resources over time. Most of Walmart’s amount will be paid during 2023; CVS’s payments will be spread over 10 years; Walgreens’ payments will be spread over 15 years. To achieve maximum recoveries, the local cities and counties must sign on to these settlements. Certain amounts of the funds will be distributed to them.

“I would like to thank the State’s legal team, which includes the Oklahoma Attorney General’s Office and the State’s outside Counsel, Whitten Burrage and Nix Patterson, for their professionalism, hard work, and dedication over the past five years to secure these landmark settlements for Oklahomans.”

The State’s outside Counsel said in a joint statement, “We’ve dedicated the last five years of our lives—in and out of the courtroom—to helping Oklahoma on the path to recovery from the opioid crisis. It has been an honor to work closely with the Attorney General’s Office, numerous state agencies, legislative leadership, the Oklahoma Commission on Opioid Abuse, and the courageous families who have lost loved ones to this crisis. While our work in the courtroom has come to an end, we will continue to work in the community to offer help.”

General O’Connor added, “I commend the members of the Oklahoma Opioid Abatement Board, the Oklahoma Commission on Opioid Abuse, and the Opioid Overdose Fatality Review Board for their incredible insight. Their work has allowed us to better understand addiction, the extent and nature of overdoses in Oklahoma, and how best to combat the state’s opioid epidemic.”

The settlement with Ireland-based Allergan will provide $2.37 billion nationally and include critical business practice changes and transparency requirements. States allege that Allergan deceptively marketed opioids by downplaying the risk of addiction, overstating their benefits, encouraging doctors to treat patients showing signs of addiction by prescribing them more opioids, and failed to maintain effective controls to prevent diversion of opioids.

Allergan formerly made Norco- and Kadian-branded and generic opioids. Allergan sold its generic portfolio, including opioid products, to Teva in 2016. Oklahoma reached an $85 million settlement agreement with Teva in 2019. Both settlements prohibit Allergan and Teva from promoting opioids in the state or engaging in opioid-related lobbying activities, among other things.

Under the agreements, CVS will pay $5 billion, Walgreens will pay $5.7 billion, and Walmart will pay $3.1 billion, totaling $13.8 billion nationally. In addition to the financial settlement, CVS, Walgreens, and Walmart have agreed to monitor, report, and share data about suspicious activity related to opioid prescriptions.

Data from the Oklahoma State Department of Health shows that in 2020 there were 733 drug overdose fatalities in Oklahoma, an increase of 24% from 2019. This includes a 170% increase in the number of fentanyl deaths from 2019 to 2020 with more fentanyl overdose deaths appearing to involve illicitly manufactured fentanyl than in previous years. Due to the dramatic increase in unintentional overdose deaths involving fentanyl, the Oklahoma State Department of Health is no longer reporting the number of overdose deaths involving prescription opioids.

About the Opioid Abatement Board

The Oklahoma Opioid Abatement Board is responsible for distributing to cities and counties funds from settlements the attorney general reaches with opioid manufacturers. The members are tasked with developing and implementing procedures for the disbursement of the funds to abate the epidemic statewide.

The board consists of nine members including the attorney general and an appointee from each of the following: the governor, the state auditor, the state treasurer, and the superintendent of public instruction. The Speaker of the House of Representatives and Senate pro tem have two appointees each.

About the Oklahoma Commission on Opioid Abuse

Formed in April 2017, the nine-member Oklahoma Commission on Opioid Abuse, chaired by Attorney General O’Connor, brings all stakeholders to the table, including doctors, law enforcement officials, treatment and addiction specialists, local business leaders, and members of the state legislature to study the state’s epidemic and formulate a response

During the 2018 legislative session, the commission saw all seven pieces of recommended legislation signed into law. The laws provide more tools for law enforcement, limit initial opioid prescriptions for patients with acute pain, help prevent the diversion of opioid prescriptions from flooding the market, and hold distributors, manufacturers, and businesses accountable through proper oversight.

About the Opioid Overdose Fatality Review Board

The Opioid Overdose Fatality Review Board was a legislative recommendation by the Oklahoma Commission on Opioid Abuse.

The 19-member board is comprised of state health agency heads, members of the law enforcement, legal and health care communities. Together, they study causes of death due to prescription or illicit opioid use. The board collects, analyzes, and interprets state and local data on opioid overdose deaths and develop a database.

The board releases an annual report on the causes of opioid overdose deaths that have been reviewed. The report also includes any recommendations needed to combat the crisis.