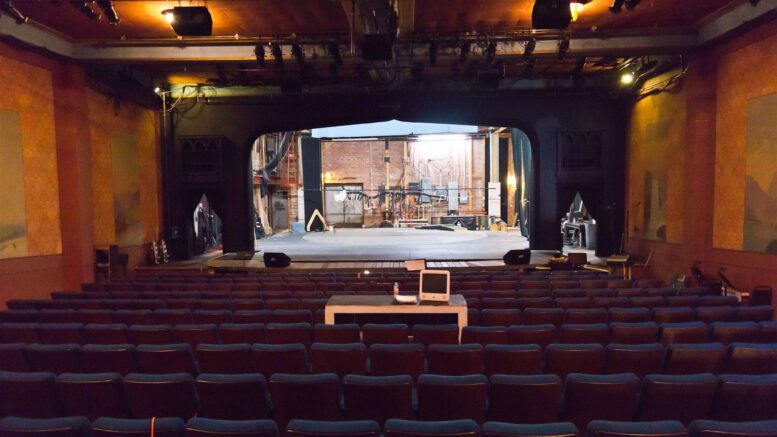 After being closed for 18 months, the Pollard Theatre opened its doors with its first production of their 34th Season, The 39 Steps, in August. However, the building was struck during an electrical storm.

“During preparation for the season, our building was struck during an electrical storm wiping out a large portion of our lighting and audio equipment,” Pollard officials said in an email to patrons. “Our limited staff frantically worked night and day, mounting and resetting a rented lighting system to ensure the show would go on. But fate can be a cruel mistress, and on August 21st, thirty minutes before showtime, our system experienced another lightning strike depleting our remaining technical infrastructure.”

Due to the extensive damage, the theatre was forced to cancel their production of Dracula.

Moving forward, the theatre will be shifting their seasonal programming.

“Our passionate staff and Board of Directors are currently developing strategies to rebuild and upgrade our infrastructure to provide you complete and adequate programming to our standards. In addition to exciting interactive fundraising events, we will be returning with the new classic, It’s a Wonderful Life: A Live Radio Play, on Friday, November 26.”

An audio and visual company is helping the theatre by allowing them to temporarily borrow equipment for the remainder of the season.

The theatre will be contacting current ticket holders in the following weeks to make arrangements.

“We are coming to you now to ask for your continued support of local theatre and invite you to kindly consider a tax-deductible donation of your ticket to Dracula back to the theatre or exchanging your tickets for another show in place of a refund.”

Be the first to comment on "Pollard Theatre suffers setback; production halted until November"