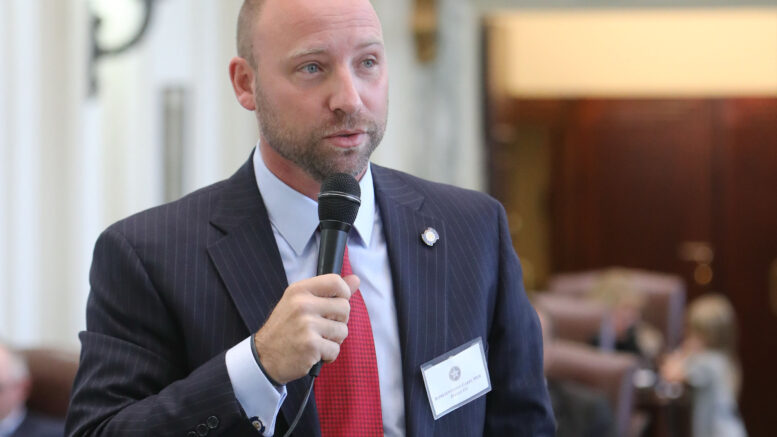 Another deadline has come and gone. Last Thursday was the final day to vote on remaining bills in the opposite chamber. In total, the House heard nearly 300 Senate bills total, many of which were this week. Any Senate bills the House didn’t vote on, or that failed to pass the House, are now dead for the remainder of session. To get through as many bills as possible, we spent hours on the House floor considering and debating legislation.

Now that both chambers have heard all remaining bills once, we’ll move into conference committees. If a chamber rejects the other chamber’s amendments to a bill, they can request conference to work out the bill’s language. The committee is comprised of members of both committees that heard the bill in their respective chambers, and they work together to collaborate on final language. Once they reach an agreement, the amended bill is sent first to its chamber of origin, and if it’s approved there, it goes to the opposite chamber for another vote before moving to the governor’s desk to be signed into law.

SB 295 streamlines statute surrounding Oklahoma Capitol Improvement Authority municipal bonds and saves the state money in the process by bringing introduction of these bonds to the marketplace current with the times.

I believe both of these bills benefit Oklahomans in District 31 and across the state, and I’m thankful that my colleagues in the Legislature and the Governor both agreed!

The House also took time last week to recognize the month of April as Child Abuse Prevention Month. In addition to a presentation on the floor, we also participated in a nationwide program by wearing denim to work to show our support of child abuse victims and commitment to preventing child abuse in all forms. Per House rules, legislators are not allowed to wear jeans on the House floor, so it made a big statement that we suspended the House rules to wear jeans to support child abuse victims.

With the end of session right around the corner, we’ve shifted our focus to heavy budget discussions. The House, Senate and the Governor are collaborating on how to fund our state agencies that so desperately need it after severe spending cuts in recent years. Education remains a top priority for us, and I believe that the final budget will show more money going into the funding formula, as well as another teacher pay raise.

I encourage my District 31 constituents to contact my office with questions or comments on legislation. Thank you for the opportunity to serve you in the House!

Rep Garry Mize, a Republican, serves District 31 in the Oklahoma House of Representatives, which includes Logan and Oklahoma counties.