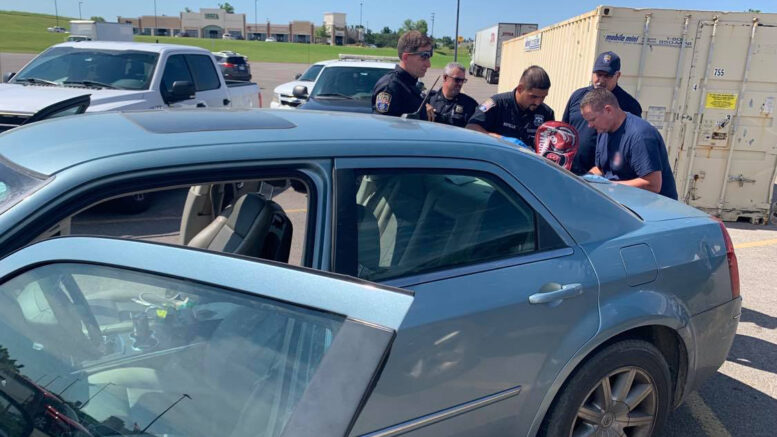 Three men were arrested Friday morning after the vehicle they were riding in was reportedly stolen.

A Guthrie police officer located the suspicious vehicle along S. Division St. just before 11 a.m. The vehicle pulled into a business parking lot in the 1600 block of S. Division St.

Three males were seen leaving the vehicle and walked into the business. Police soon learned the vehicle — registered in Oklahoma — was reported stolen out of Baton Rouge, Louisiana.

The three men were taken into custody by surrounding police officers after the suspects had left the store and approached the vehicle.

After a search of the vehicle, police found drugs and a loaded firearm.

One of the three males had an arrest warrant for the stolen vehicle.

Be the first to comment on "Stolen vehicle recovered in Guthrie"