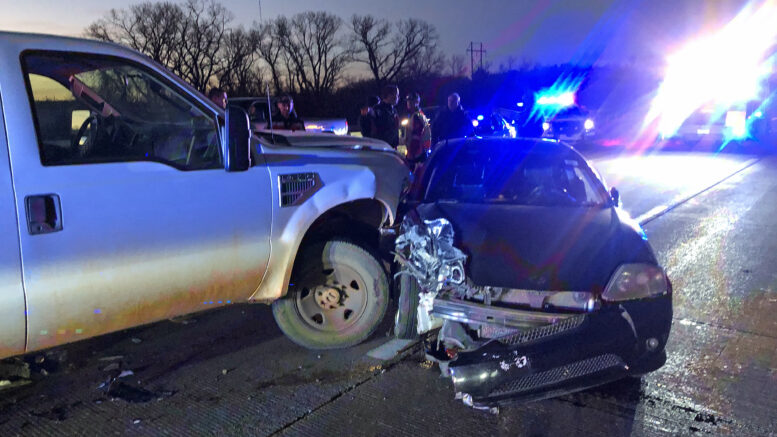 Traffic was backed up several miles on Wednesday morning after a motorist entered the highway going in the wrong direction and crashing into an oncoming vehicle.

At around 7 a.m., emergency crews responded to the southbound lanes on Interstate 35 just before the south Guthrie exit (mile marker 157 near Triplett Road) for a two vehicle accident.

According to witnesses, including an off duty police officer, a black Hyundai Tiburon GT took the southbound off ramp in front of John Vance Motors and began traveling north in the southbound lanes of the highway.

A short time later, the Hyundai collided head on with a white Ford F-250.

Amazingly, there were no injuries reported at the scene.

Traffic was shut down until crews were able to clear the scene.

The driver of the Hyundai was taken into custody suspected of being under the influence.