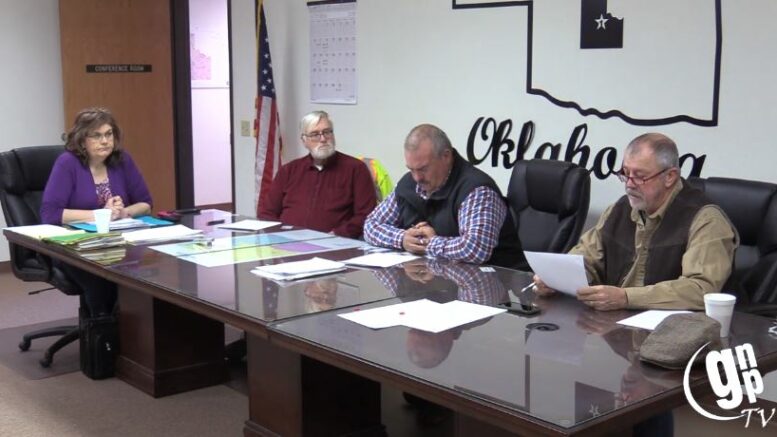 District 1 County Commissioner Marven Goodman is searching for a way that his office can pay for a motorist damages after driving on a substandard county road.

County resident Daniel Fanel was invited, by Goodman, to the Logan County Board of County Commissioners meeting on Thursday to discuss the situation.

This past June, Fanel’s vehicle encountered a large pothole in district one resulting in two rims being bent and two tires being blown out. The total damage to the vehicle was $628.68.

The pothole was reported after the fact and was repaired the following day by the road district.

Fanel filed a tort claim with the County, which was denied by the County’s insurance company.

Goodman referenced a newspaper article stating citizens spends a $1,000 a year in automobile damages due to below average road conditions.

“That’s a tax on those individuals just to live here because the state doesn’t spend enough money to maintain the roads properly,” Goodman said. “That’s an undocumented tax.”

Goodman has been and continues to be outspoken on the lack of road funds handed down by the state to maintain roads.

“Here’s my thoughts, we don’t get enough money to fix the roads so why don’t we just give the money back to the people that damage their vehicle on our roads? I understand that’s not the direction we (County) need to go, but that’s why we are here to support the people who live here. Not to defend the state, not to defend the tort act.”

District 3 County Commissioner Monty Piearcy said he has no problem with Goodman paying for Fanel’s vehicle damages out of District 1’s road fund, but said the board needs to be cautious.

“If you open that door, that’s all you (are) going to be doing,” Piearcy said.

Goodman agreed and responded by saying, “I’m trying to be fair to everybody involved is what I’m trying to do here.”

With the denied tort claim, the BOCC will get legal advice from their attorney (Lowell Barto) on the procedure following a denied claim.