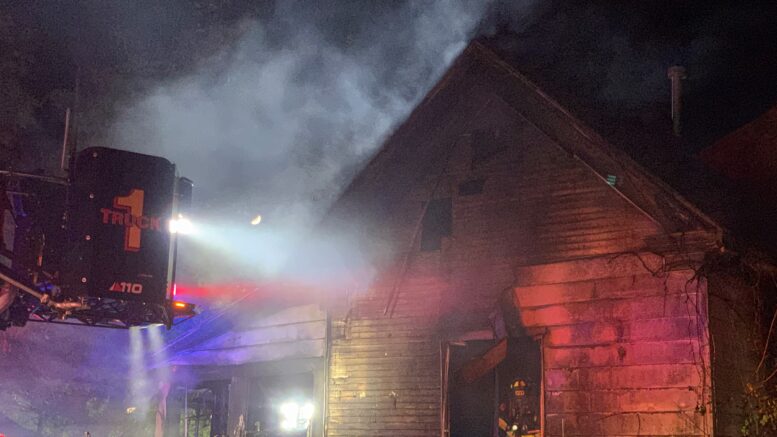 A Guthrie man did everything he could to try and extinguish the flames, but it was not enough to save his home from being destroyed by fire late Thursday evening.

The Guthrie Fire Department responded to a structure fire at the intersection of 10th Street and Mansur just before 10 p.m.

As firefighters arrived to the scene, flames could be seen pouring out of a bedroom’s window on the home’s east side. The Crescent Fire Department responded to provide mutual assistance.

The man inside the home says he saw smoke near the wall in the bedroom and within seconds flames could be seen. He attempted to put the fire out with water, but it was only a matter of seconds before he was forced out of the home.

Although the fire remains under investigation, the fire does appear to have been started by some sort of an electrical issue.

Despite a quick knock down by firefighters, the home is a total loss.

Along with damage to the home, a vehicle parked in front of the home was also damaged from the intense heat.

To add to the sadness, the man does not know if his dog was able to escape from inside the home.

Firefighters remained on the scene until the early morning hours on Friday.

The American Red Cross, along with several friends and family, were on the scene to provide immediate assistance, including a room at a local hotel.

1 Comment on "Video: Fire destroys home on town’s west side"