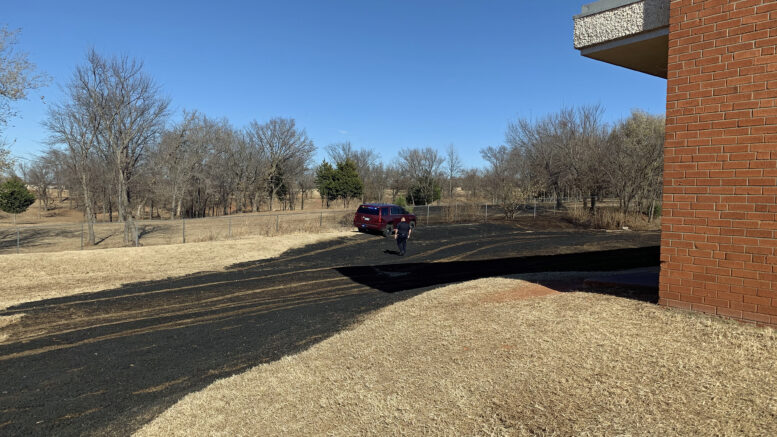 A science experience got a touch more exciting Monday afternoon with a grass fire breaking out north of Guthrie High School.

The Guthrie Fire Department responded to the high school at around 1 p.m. Firefighters found the grass fire west of the school’s tennis courts and north gymnasium.

The west winds pushed the fire into the next property (Guthrie Greenhouses), but fire crews needed just a few minutes to gain control and extinguish the flames.

Before fire crews arrived, teachers and administrators was able to knock a portion of the fire out by using fire extinguishers.

As a precaution, the high school was evacuated. Students returned to the classroom a short time later.

The school project involved a watermelon and sodium metal. A spark from the watermelon exploding caused the short-cut grass to catch fire.

There was no property damage to either property.

Pictured above is Guthrie Fire Chief Eric Harlow returning to his vehicle following the grass fire.

Be the first to comment on "Video: School project leads to small grass fire at GHS"