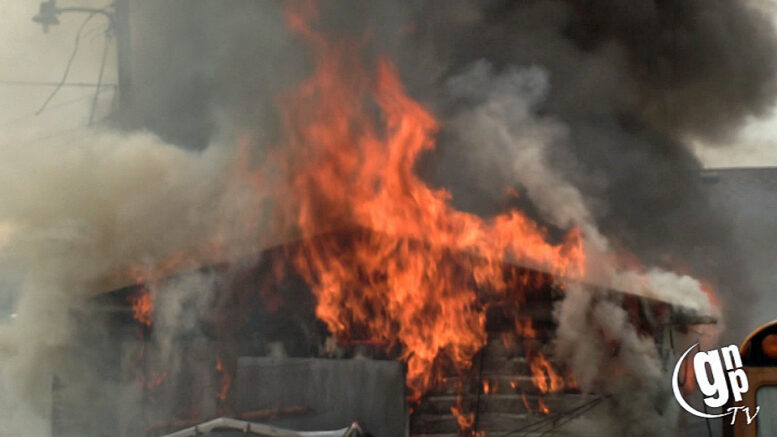 Firefighters not only had to deal with a fully-involved shed fire on Sunday afternoon, above power lines on fire and hot temperatures.

At around 2 p.m., a police officer dispatched a structure fire, along with a power pole, in the 100 block of N. Drexel.

Officers with the Guthrie Police Department evacuated some of the nearby homes due to the power line danger.

As firefighters arrived to the structure with two engines, heavy, black smoke could be seen miles away.

The fire crew attacked the fire on the south and east ends of the structure, while avoiding the power lines.

OG&E came onto the scene and disconnected the power.

The exact cause of the fire remains under investigation.