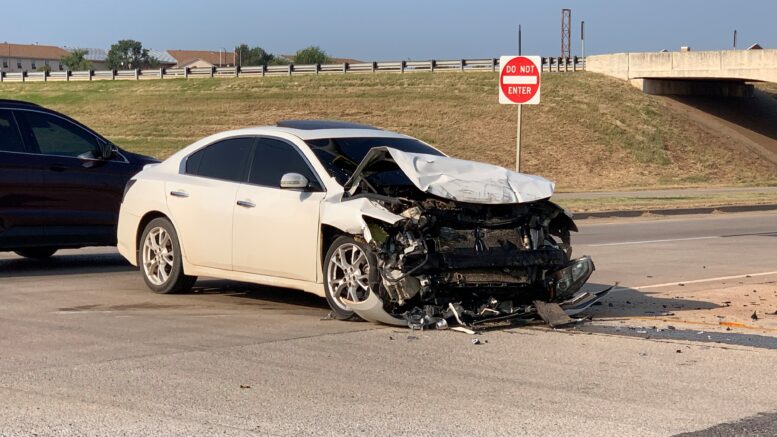 Traffic was slowed down for nearly two hours on State Highway 33 after a vehicle struck a Brinks truck on Thursday morning.

Guthrie police officers were dispatched to the highway – near Interstate 35 – for a two vehicle collision shortly after 9 a.m.

According to a witness, a white, four-door vehicle was traveling westbound and struck the Brinks truck, which was attempting to turn north onto Interstate 35.

The reported cause of the crash was the westbound vehicle disobeying a (stop) traffic light signal.

The outside lane of westbound traffic was shut down, while wreckers worked to remove the vehicles from the roadway.

There appeared to be no serious injuries at the scene as medical was not called out to the crash.

Be the first to comment on "Video: T-bone crash sends Brinks truck over on its side"